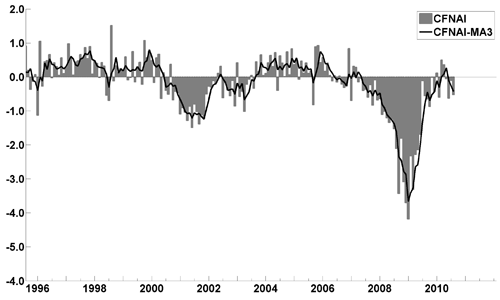 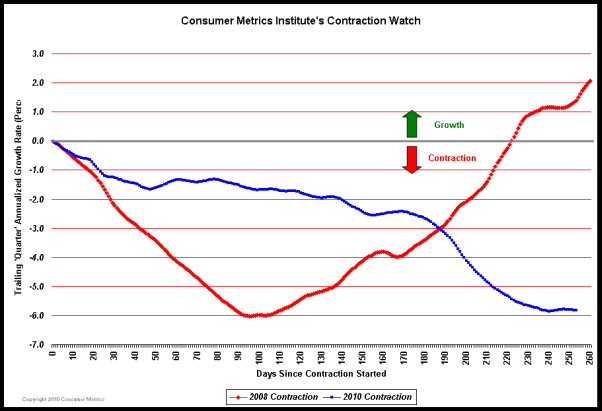 “The August update of the USA TODAY/IHS Global Insight Economic Outlook Index shows real GDP growth, at a six-month annualized growth rate, slowing to 1.3% in November through January. The end of government stimulus spending and inventory buildup combined with continuing high unemployment, a weak housing market, tight credit and high debt are behind the slowdown.”

An excerpt from the August 31 Press Release:

“The ESI’s stability during recent months belies some of the recent weakness seen in other sentiment surveys and suggests that the underlying momentum of the U.S. economy, including employment, remains positive,” Dow Jones Newswires “Money Talks” Columnist Alen Mattich said. “However, the ESI remains well below the 50-plus levels that characterize normal expansions. This relative weakness suggests it would take little to push the economy back into recessionary conditions.”

The ESI is determined using an economic sentiment analysis algorithm to review news coverage in 15 daily newspapers across the U.S.” 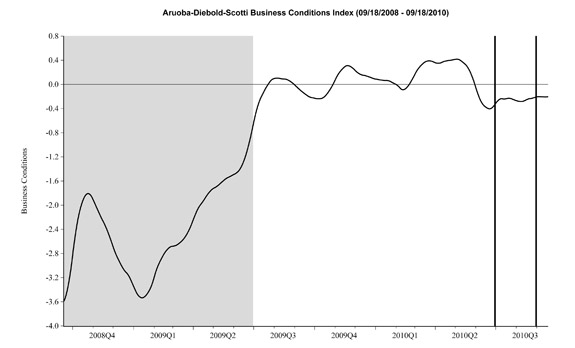 “Says Ken Goldstein, economist at The Conference Board:  “While the recession officially ended in June 2009, the recent pace of growth has been disappointingly slow, fueling concern that the economic recovery could fade and the U.S. could slide back into recession.  However, latest data from the U.S. LEI suggests little change in economic conditions over the next few months.  Expect more of the same – a weak economy with little forward momentum through 2010 and early 2011.”