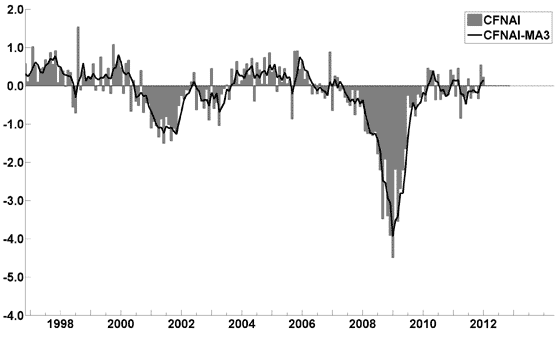 The January update of the USA TODAY/IHS Global Insight Economic Outlook Index shows real GDP growth, at a six-month annualized growth rate, increasing to 2.5% in January and then slowing to 1.6% in June. While employment, housing (mostly the multifamily sector) and consumer spending are slowly recovering, concerns about the Eurozone and world growth continue.

A chart of the WLI, Gr. since 2000, from Doug Short’s blog of February 17 titled “ECRI Controversial Recession Call:  Fifth Consecutive Improvement in the Growth Index” : 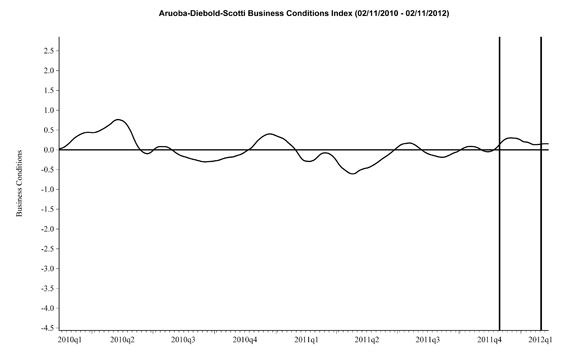 An excerpt from the February 17 release:

Added Ken Goldstein, economist at The Conference Board: “Recent data reflect an economy that started the year on a positive note.  The CEI shows some small signs of economic strengthening in the fourth quarter and continued to point in this direction in January. The LEI suggests these conditions will continue and could possibly even pick up this spring and summer.”