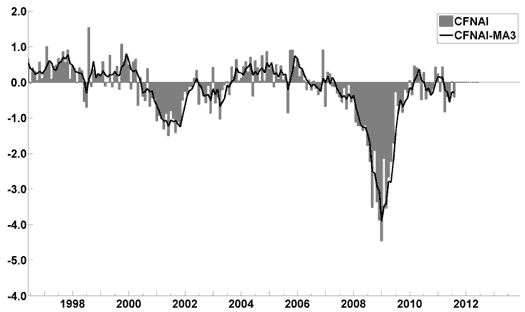 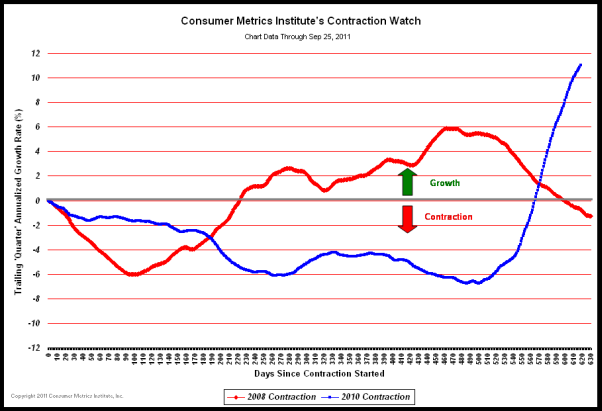 The August update of the USA TODAY/IHS Global Insight Economic Outlook Index shows real GDP growth, at a six-month annualized growth rate, remaining below 2% through the second half of the year. Persistent unemployment, elevated debt levels, high energy and food prices and low confidence have stalled consumer spending. Businesses are hesitant to expand amid uncertainty.

An excerpt from the August 31 Press Release, titled “Threat of a Recession Looms According to Dow Jones Economic Sentiment Indicator” :

In August, federal spending issues and a ratings downgrade took its toll on economic sentiment, according to the Dow Jones Economic Sentiment Indicator. The indicator fell for the third straight month to 41.4 from 41.5 in July.

“The warning lights are flashing but the index is not quite calling recession, merely a very subdued state of sentiment about the economy,” says Dow Jones Newswires “Money Talks” columnist Alen Mattich. 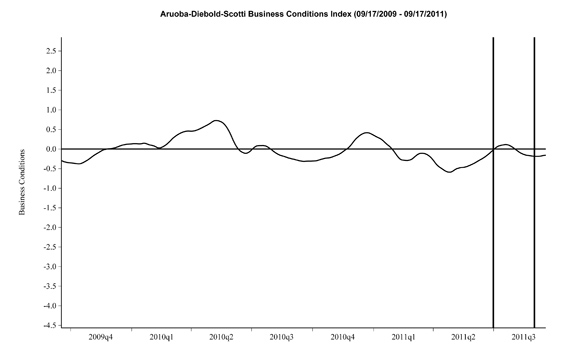 An excerpt from the September 22 release:

Says Ataman Ozyildirim, economist at The Conference Board: “The August increase in the U.S. LEI was driven by components measuring financial and monetary conditions which offset substantially weaker components measuring expectations. The growth trend in the LEI has moderated and positive and negative contributors to the index have been roughly balanced. The leading indicators point to rising risks and volatility, and increasing concerns about the health of the expansion.”