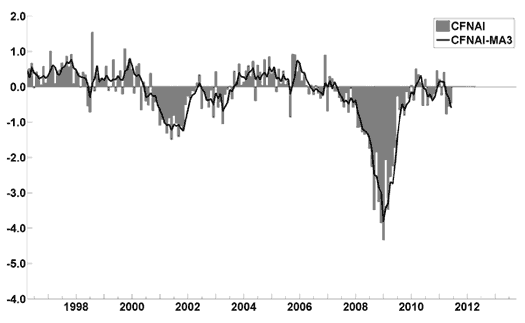 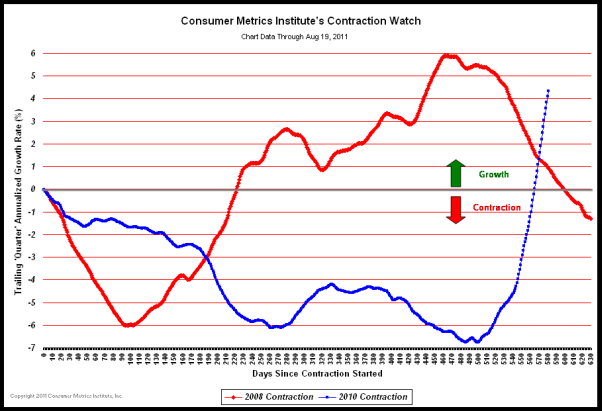 An excerpt from the August 1 Press Release, titled “Index sees stronger growth in second half of 2011” :

An excerpt from the August 1 Press Release, titled “Return to Recession is a Real Risk According to Dow Jones Economic Sentiment Indicator” :

As Washington focuses on the debt ceiling, there are signs that the rest of the U.S. economy is running into trouble, according the Dow Jones Economic Sentiment Indicator. In July, the ESI dropped to 41.5 from a reading of 44 in June. The indicator has now fallen for two consecutive months for a cumulative decline of 5.1, the worst two-month drop since the fall of 2008.

“It would be easy to blame the dip in the ESI on the U.S. debt crisis, but much of the gloom stems from Main Street rather than Washington,” says Dow Jones Newswires “Money Talks” columnist Alen Mattich. “The readings this summer have fallen enough that it seems to suggest a slide back into recession is a real risk.” 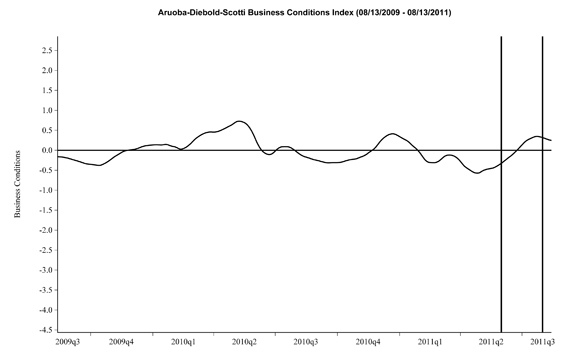 An excerpt from the August 18 Press Release:

Says Ataman Ozyildirim, economist at The Conference Board:  “The U.S. LEI continued to increase in July. However, with the exception of the money supply and interest rate components, other leading indicators show greater weakness – consistent with increasing concerns about the health of the economic expansion. Despite rising volatility, the leading indicators still suggest economic activity should be slowly expanding through the end of the year.”