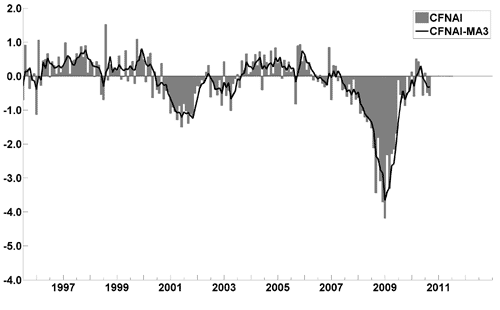 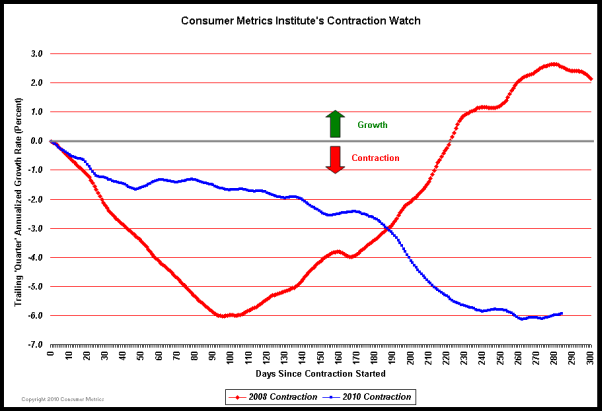 “The October update of the USA TODAY/IHS Global Insight Economic Outlook Index shows real GDP growth, at a six-month annualized growth rate, slowing to 1.4% in October and then increasing to 2.0% in February and March, as weak housing and employment conditions continue to impede growth.”

An excerpt from the September 30 release:

“Following five months of modest but steady gains, the Dow Jones Economic Indicator (ESI) fell to 40.7 in September, down from 43.2 in August and its largest one-month drop since October 2008.  And while the Indicator has historically declined in September, there are signs that the economic recovery is faltering with a sharp increase in negative economic stories during the last seven days of the month.” 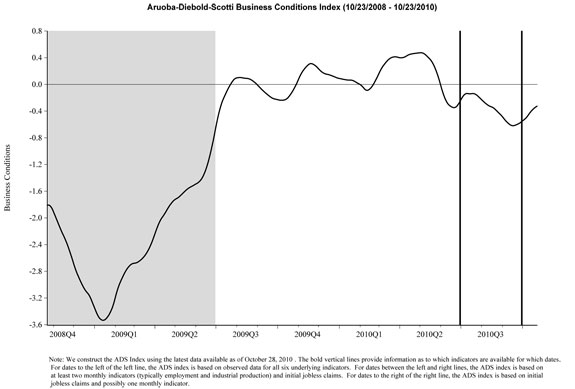 “Says Ken Goldstein, economist at The Conference Board:  “More than a year after the recession officially ended, the economy is slow and has no forward momentum.  The LEI suggests little change in economic conditions through the holidays or the early months of 2011.”