The CFNAI, with current reading of .65: 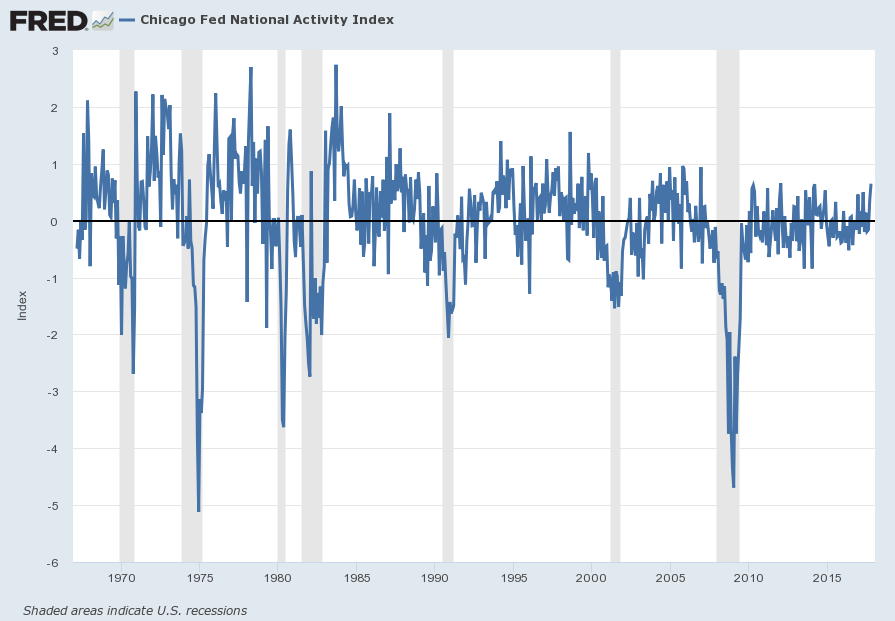 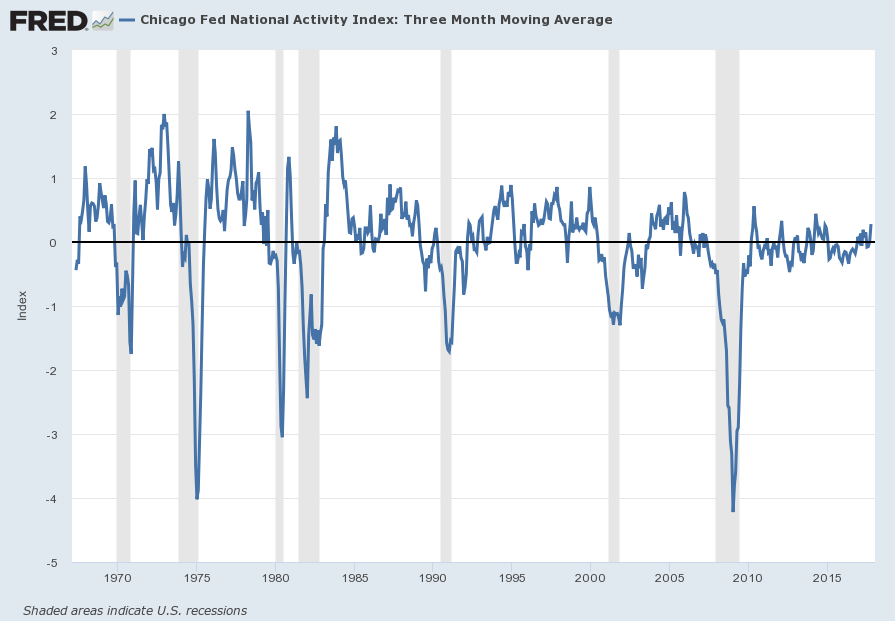 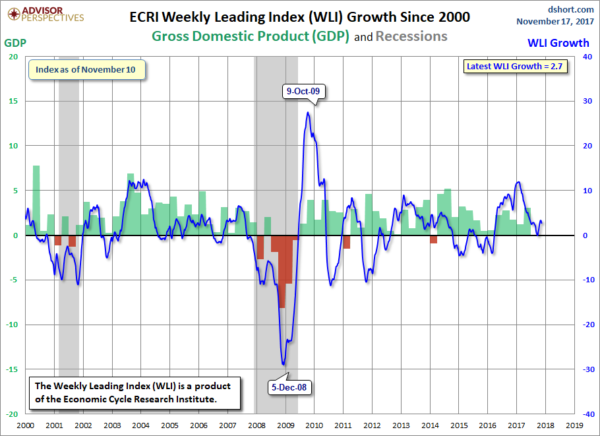 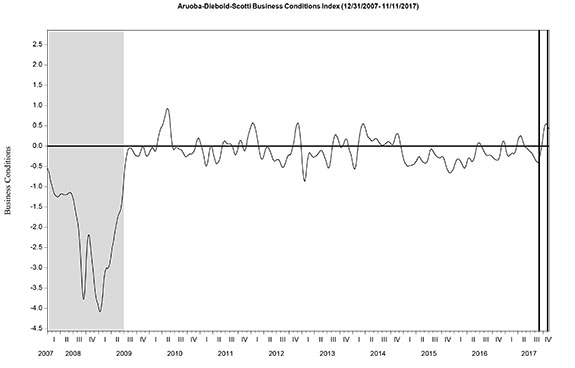 “The US LEI increased sharply in October, as the impact of the hurricanes dissipated,” said Ataman Ozyildirim, Director of Business Cycles and Growth Research at The Conference Board. “The growth of the LEI, coupled with widespread strengths among its components, suggests that solid growth in the US economy will continue through the holiday season and into the new year.”

Here is a chart of the LEI from Doug Short’s Conference Board Leading Economic Index update of November 20, 2017: 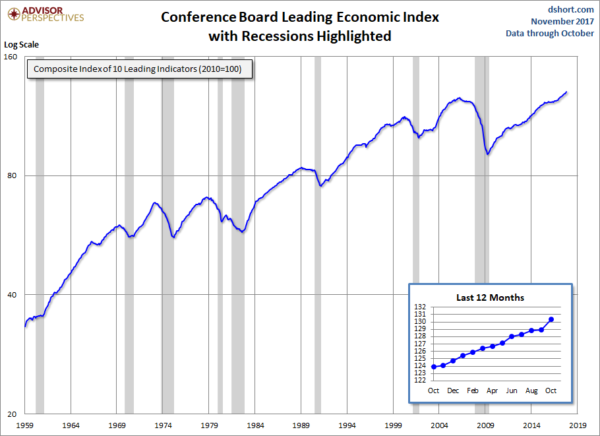