While the Gross Domestic Product Q3 2017 Advance Estimate (pdf) of October 27, 2017 was 3.0%, and as seen in the November 2017 Wall Street Journal Economic Forecast Survey the consensus among various economists is for 2.5% GDP growth in 2017 & 2018, there are other broad-based economic indicators that seem to imply a weaker growth rate.  As well, it should be remembered that GDP figures can be (substantially) revised.

Among the broad-based economic indicators that have been implying weaker growth or mild contraction is the Chicago Fed National Activity Index (CFNAI). 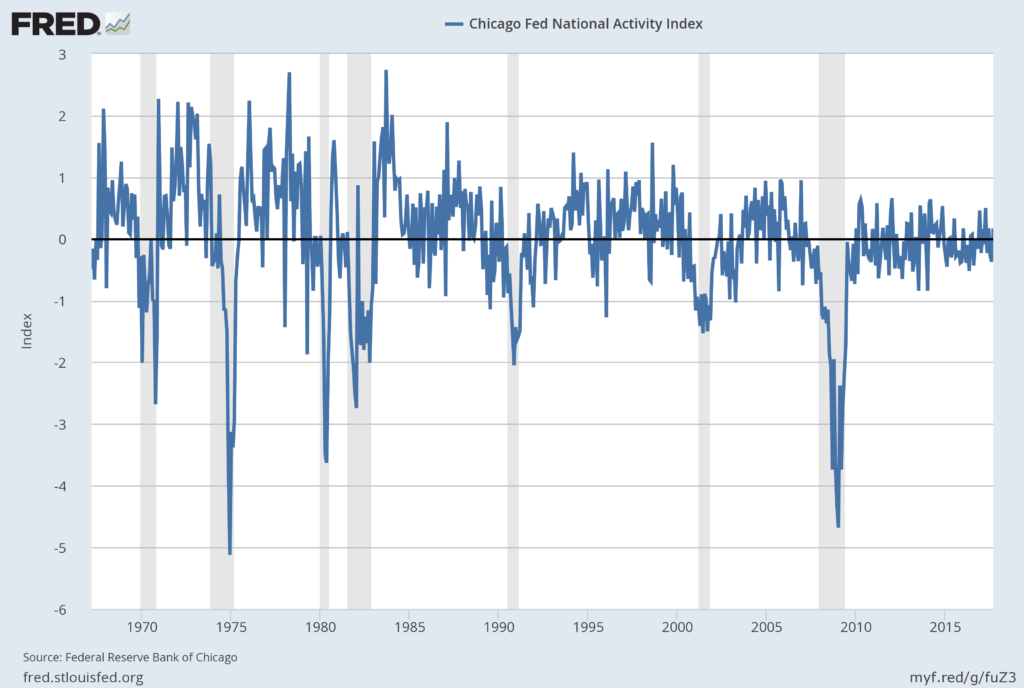 The CFNAIDIFF, with current reading of -.19: 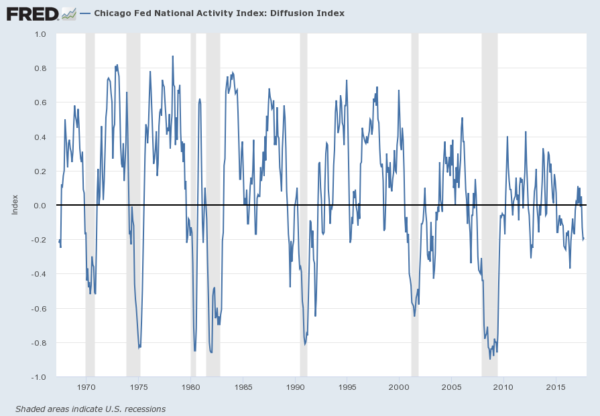 Another notable measure is that of “Rail Freight Carloads,” as depicted below, through September with last value of 1,086,482, last updated November 16, 2017: 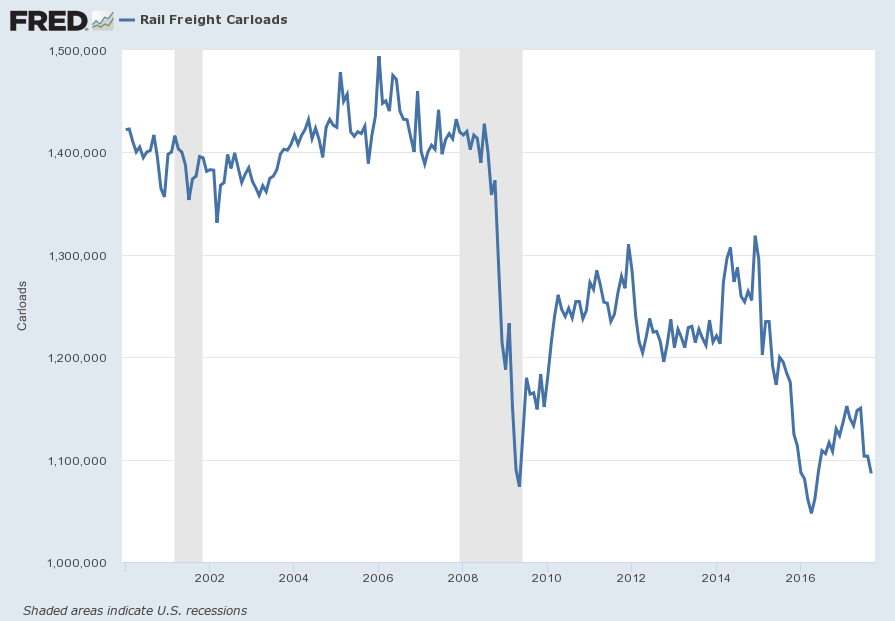 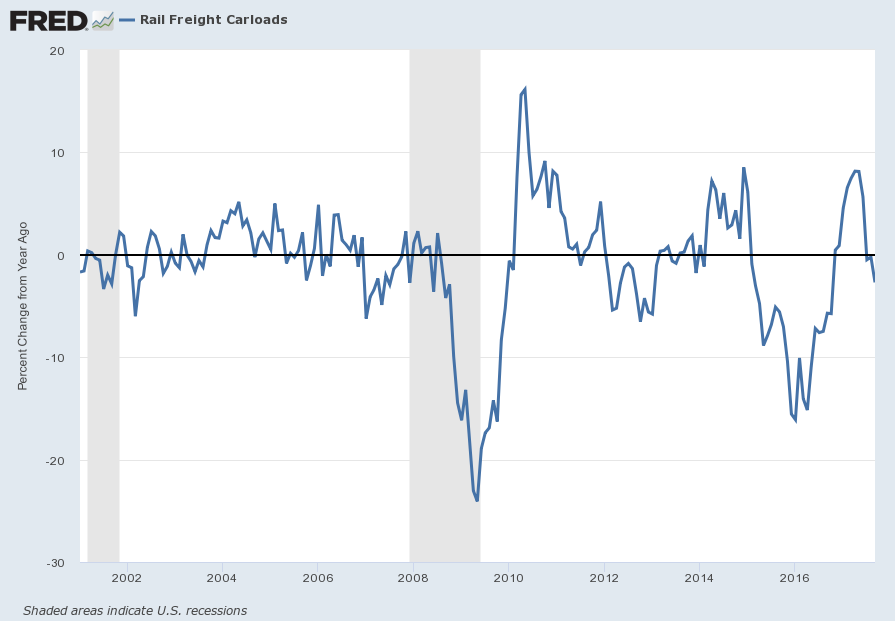 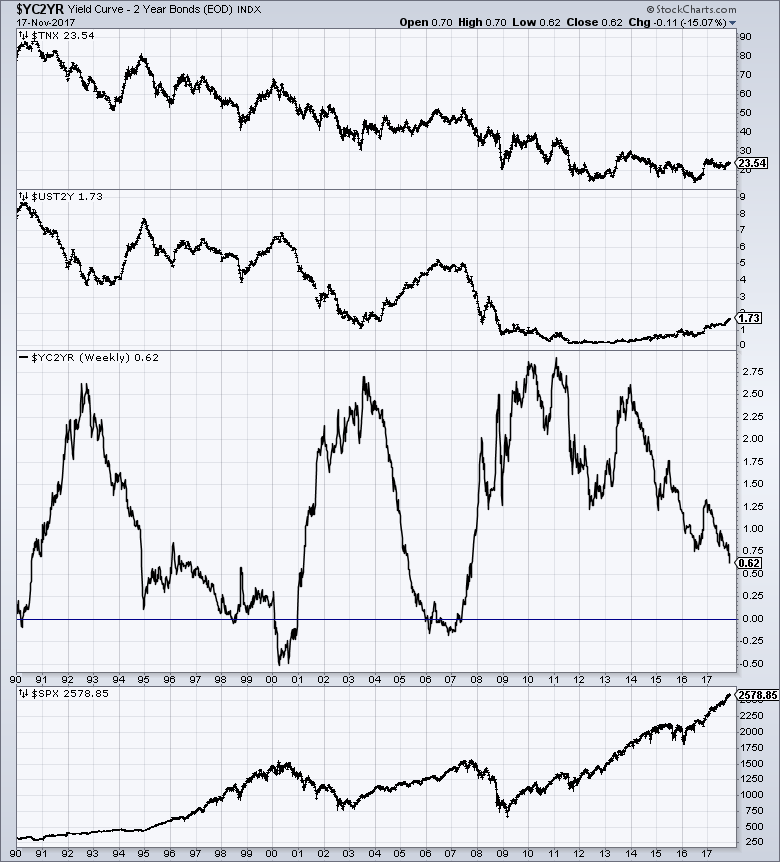 Here is “Domestic Auto Production,” depicted below on a “Percent Change From Year Ago” basis, through September with last value of -34.2 Percent, last updated October 30, 2017: 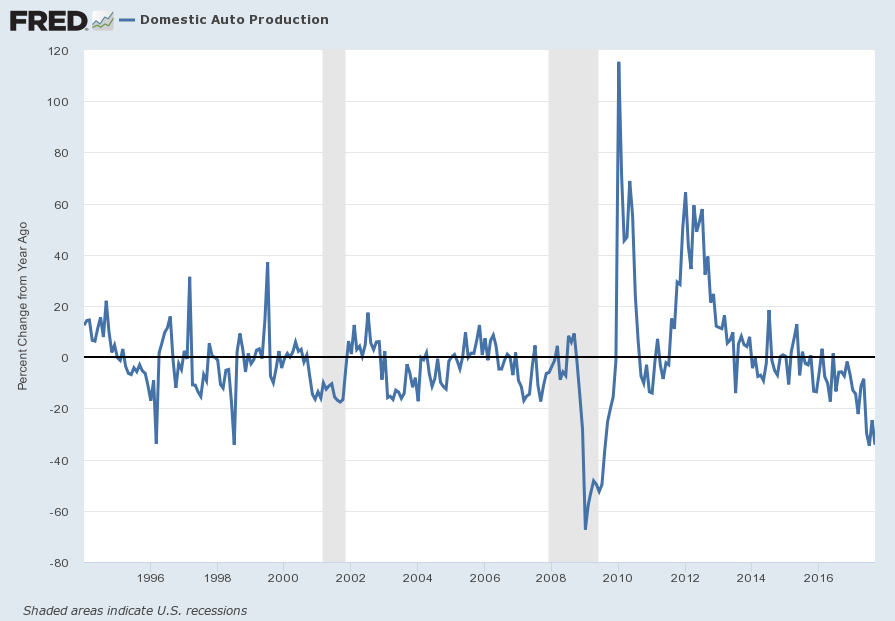 Current inflation levels and the possibility of deflation  is a vastly complex topic, and as such isn’t suitably discussed in a brief manner.  I have discussed the issue of deflation extensively as I continue to believe that prolonged and deep U.S. deflationary conditions are on the horizon, and that such deflationary conditions will cause, as well as accompany, inordinate economic hardship. [note: to clarify, for purposes of this discussion, when I mention “deflation” I am referring to the CPI going below zero. Also, I have been using the term “deflationary pressures” as a term to describe deflationary manifestations within an environment that is still overall inflationary but heading towards deflation.]

My latest commentary regarding deflationary pressures and future deflation can be found in the October 2 post titled “Charts Indicating Economic Weakness – October 2017.”