The CFNAI, with current reading of -.26: 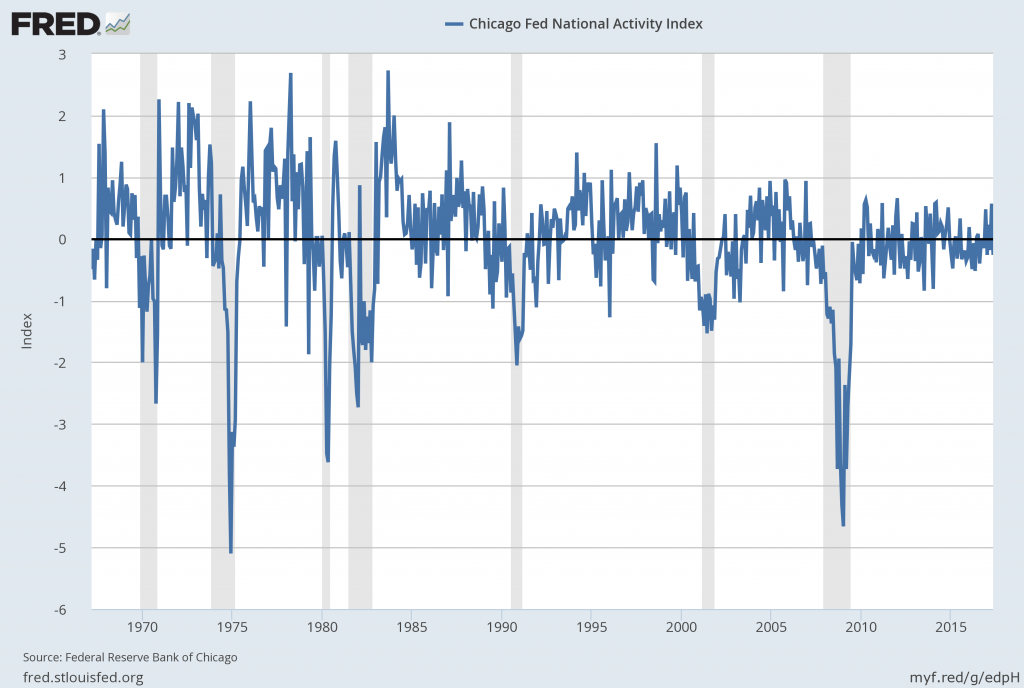 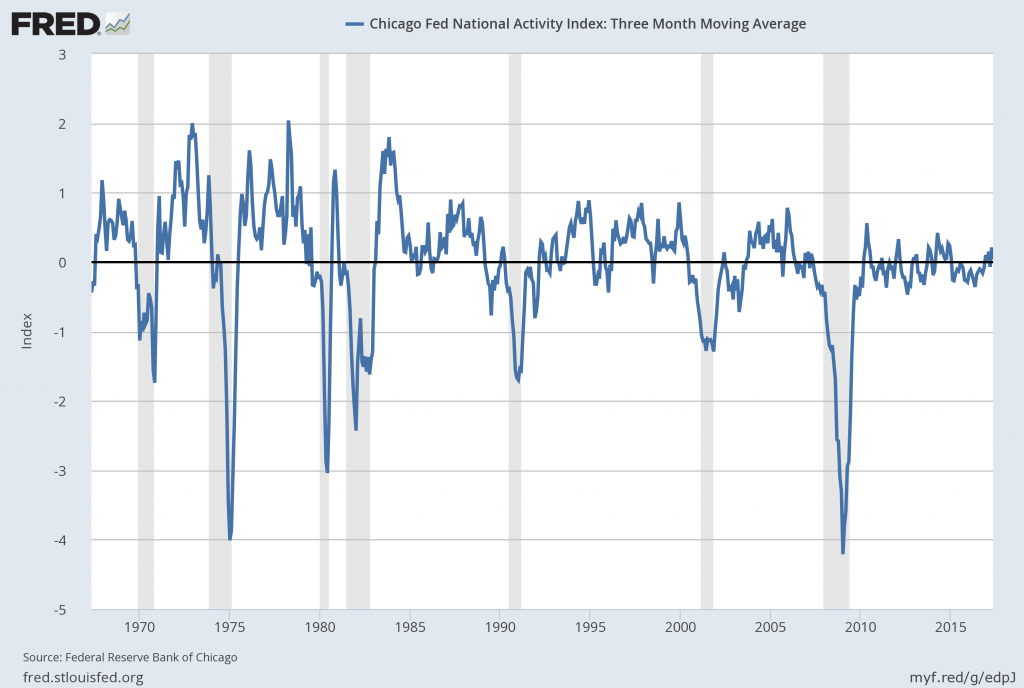 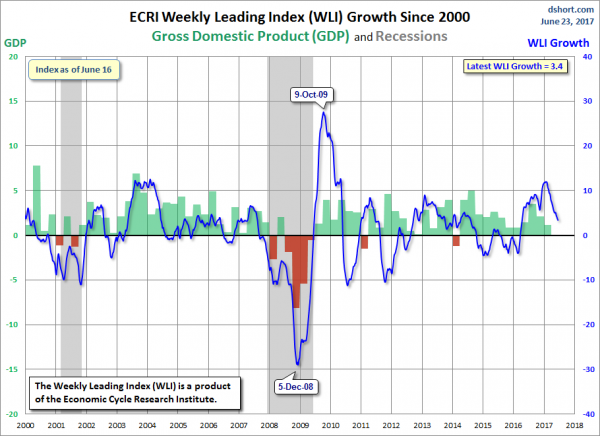 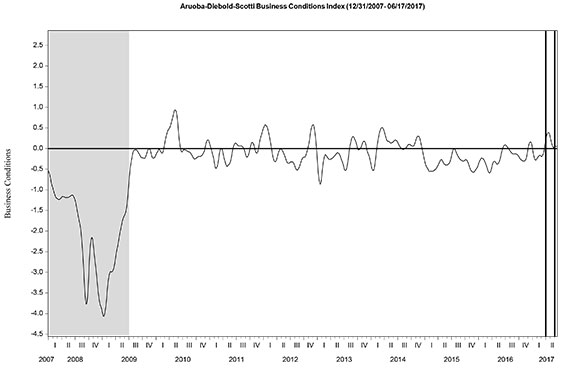 “The U.S. LEI continued on its upward trend in May, suggesting the economy is likely to remain on, or perhaps even moderately above, its long-term trend of about 2 percent growth for the remainder of the year,” said Ataman Ozyildirim, Director of Business Cycles and Growth Research at The Conference Board. “The improvement was widespread among the majority of the leading indicators except for housing permits, which declined again. And, the average workweek in manufacturing has recently shown no sign of improvement.”

Here is a chart of the LEI from Doug Short’s Conference Board Leading Economic Index update of June 22, 2017: 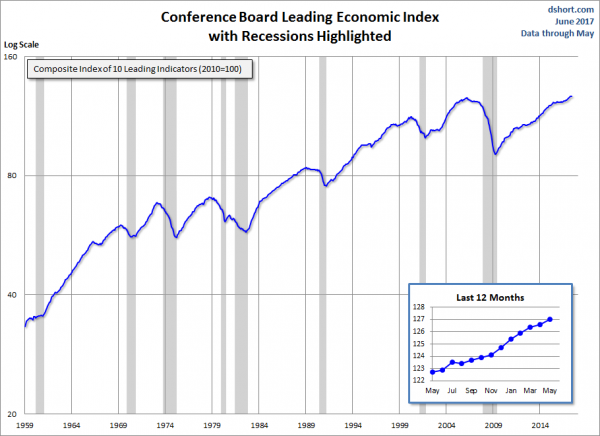