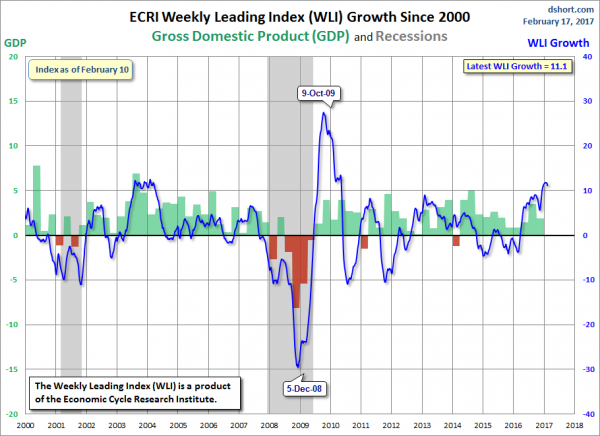 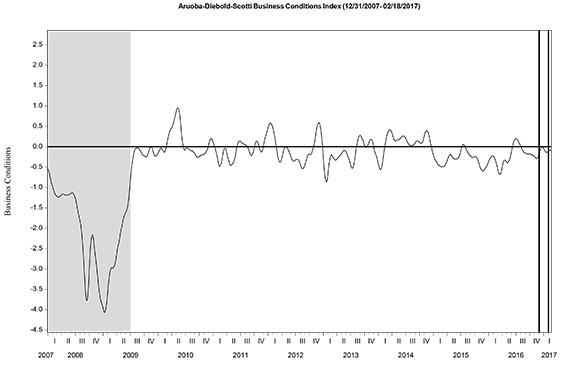 “The U.S. Leading Economic Index increased sharply again in January, pointing to a positive economic outlook in the first half of this year,” said Ataman Ozyildirim, Director of Business Cycles and Growth Research at The Conference Board. “The January gain was broad based among the leading indicators. If this trend continues, the U.S. economy may even accelerate in the near term.”

Here is a chart of the LEI from Doug Short’s Conference Board Leading Economic Index update of February 17, 2017: 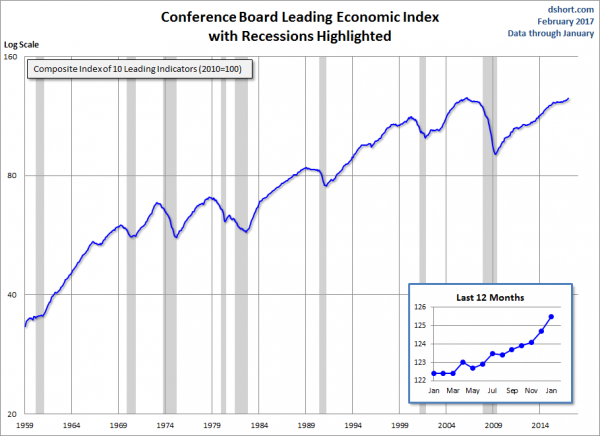