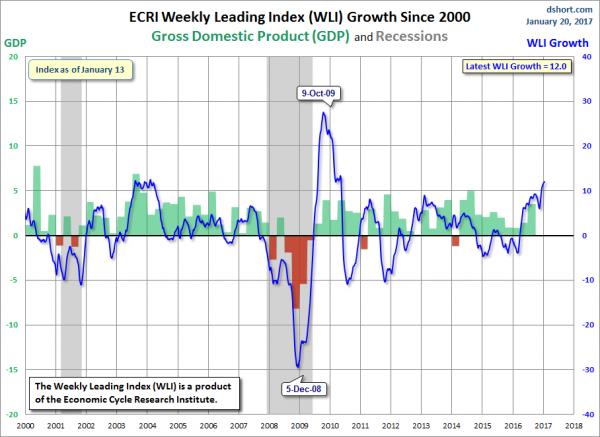 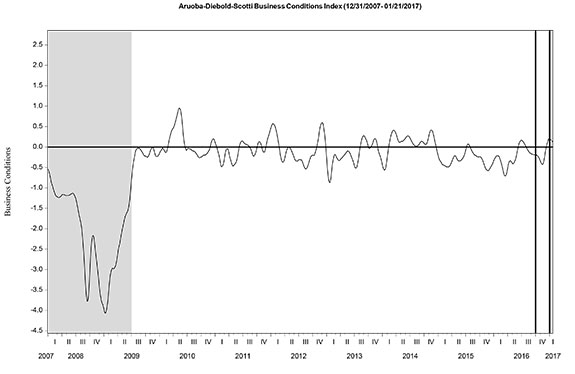 “The U.S. Leading Economic Index increased in December, suggesting the economy will continue growing at a moderate pace, perhaps even accelerating slightly in the early months of this year,” said Ataman Ozyildirim, Director of Business Cycles and Growth Research at The Conference Board. “December’s large gain was mainly driven by improving sentiment about the outlook and suggests the business cycle still showed strong momentum in the final months of 2016.”

Here is a chart of the LEI from Doug Short’s Conference Board Leading Economic Index update of January 16, 2017: 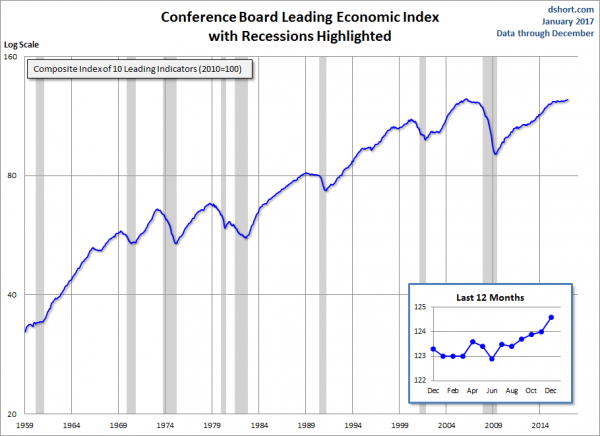