In the last post (“Monthly Changes In Total Nonfarm Payrolls – August 8, 2016“) I featured five long-term charts showing the monthly change in the Total Nonfarm Payrolls measure.  While the monthly change in this measure, as well as the official Unemployment Rate (U-3),  are the most prevalent statistics regarding employment and unemployment levels respectively, there are many other lesser-known measures – and associated dynamics – that deserve much greater recognition.  Some of these other unemployment measures have been featured on this site.

Among these lesser-known measures that deserve (much) greater recognition are the Employment-Population Ratio and the “percent change in employment” measure compared to other past economic recoveries [as defined by the NBER BCDC.] 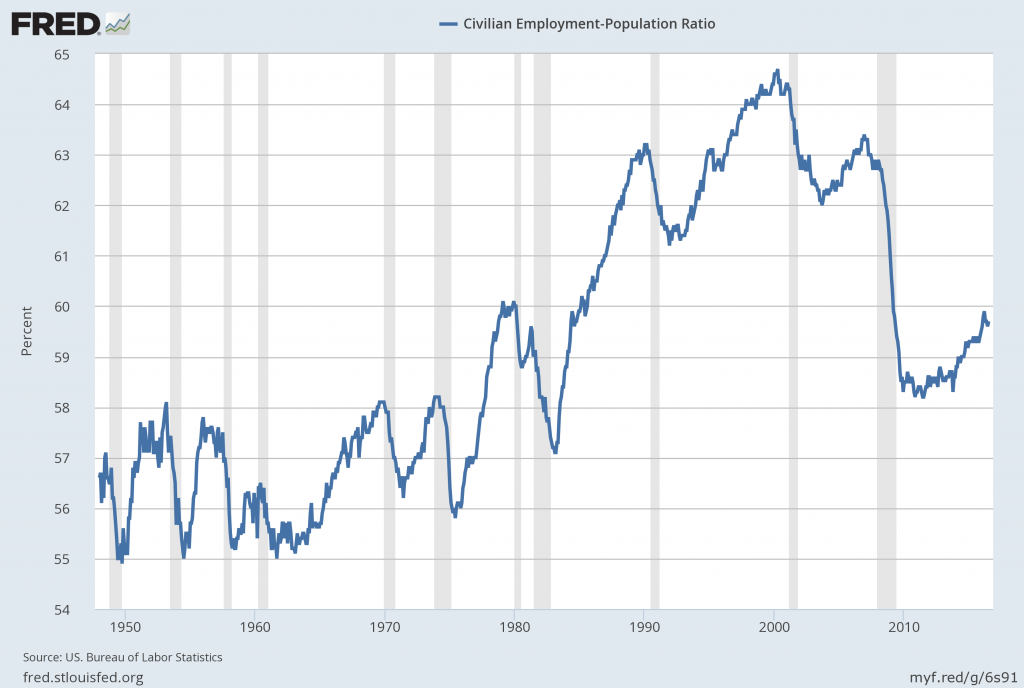 The second measure is the “percent change in employment” measure compared to other past economic recoveries.  This is one comparison of job creation since the economic recovery as compared against similarly-defined past recovery periods.

Below is a chart from the Federal Reserve Bank of Minneapolis (last updated August 5, 2016) that shows the “Change In U.S. Employment” on a percentage basis of both the current recovery (red line) as well as those previous, as shown: 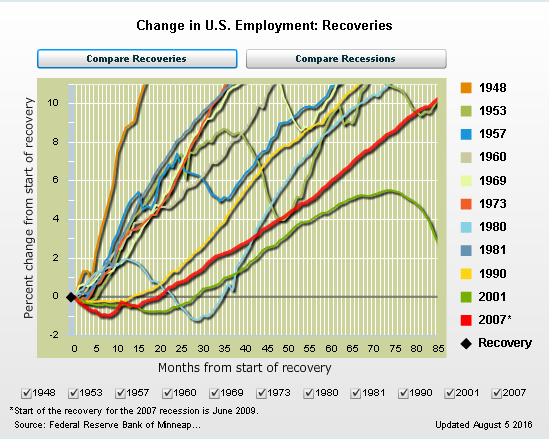