For reference purposes, below are five charts that display growth in payroll employment.

The first chart shows the monthly change in total nonfarm payrolls since the year 2000: 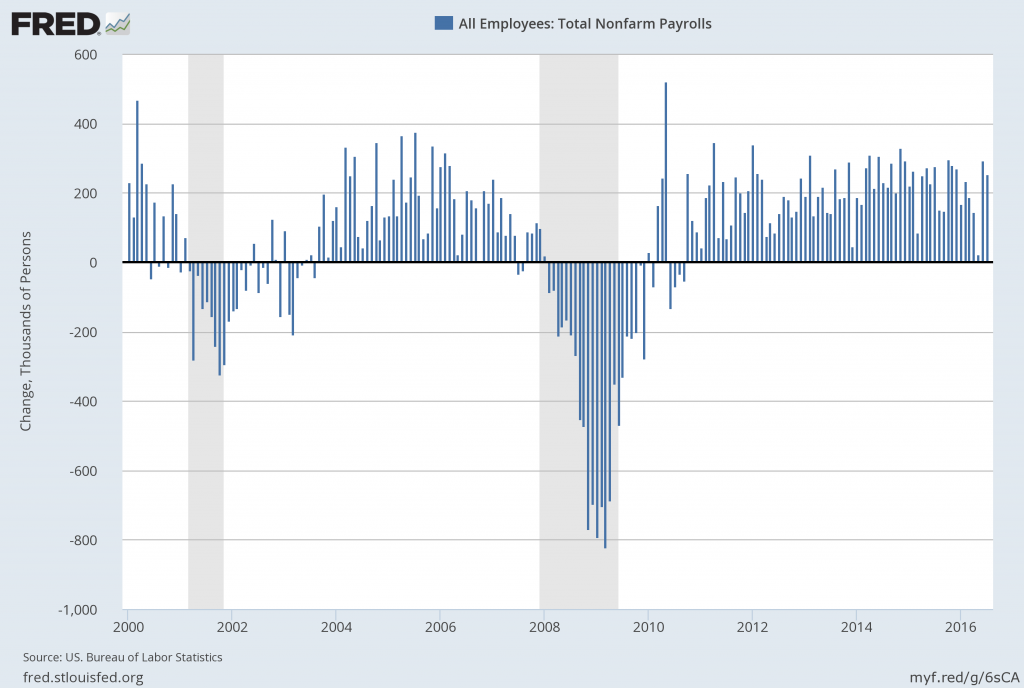 The second chart shows a long-term chart of the same month-over-month change in total nonfarm payrolls (reports of January 1940 through the present report of July 2016): 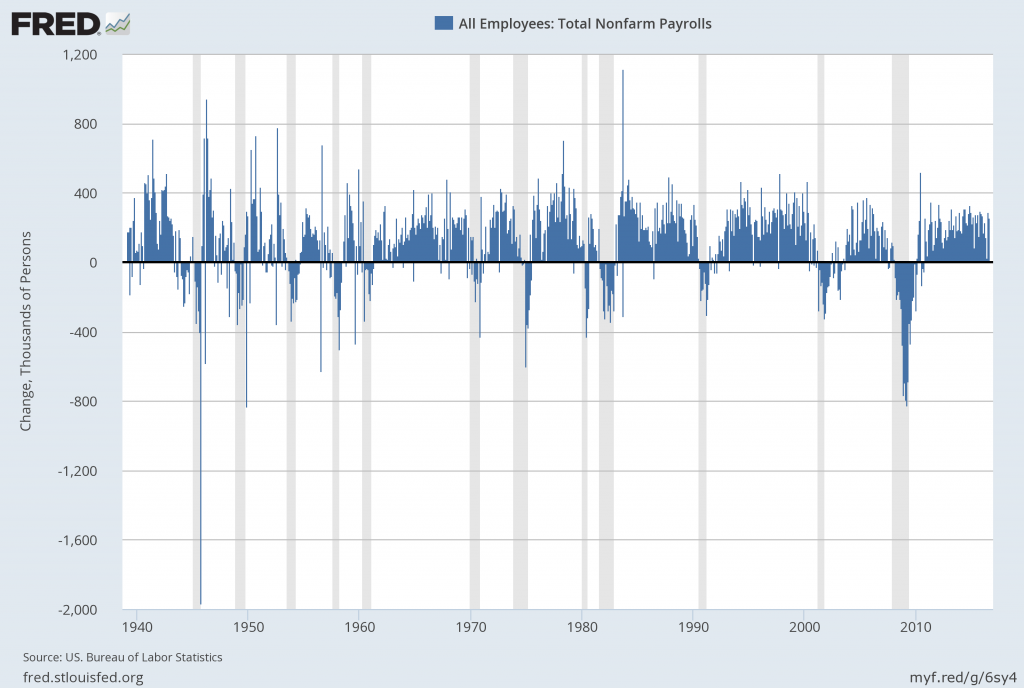 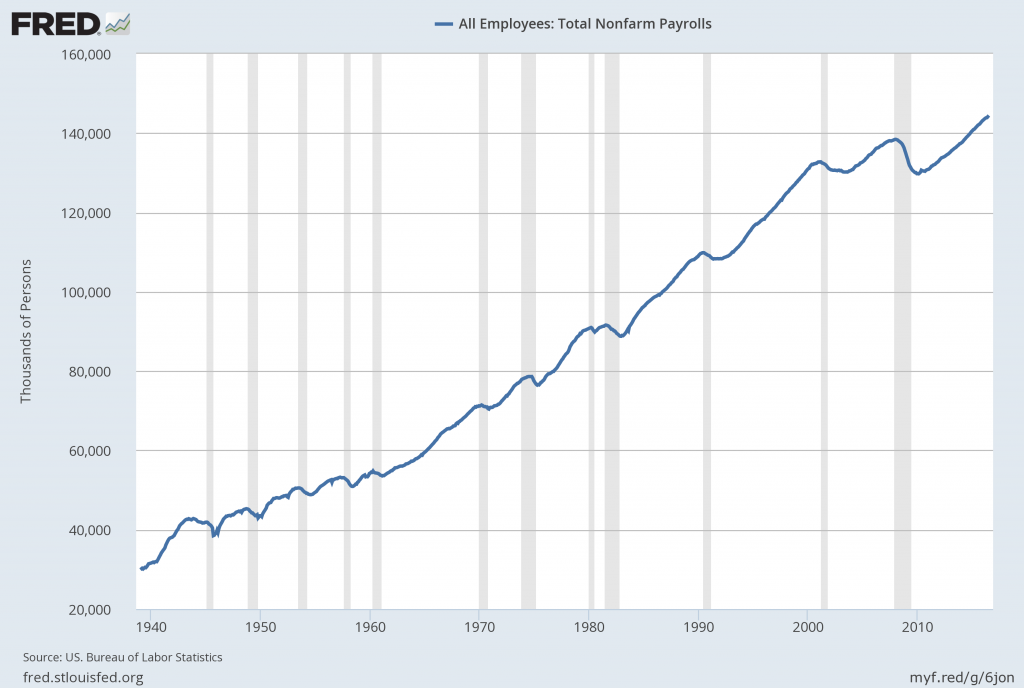 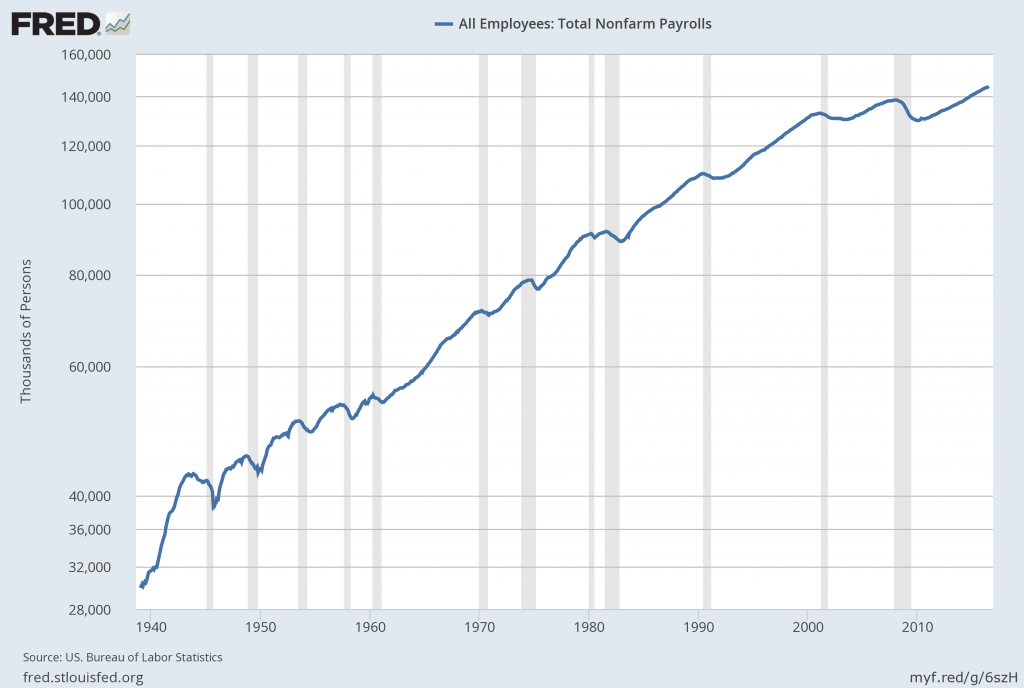 Lastly, the fifth chart shows the total nonfarm payrolls number on a “percent change from year ago” basis from January 1940 – July 2016: 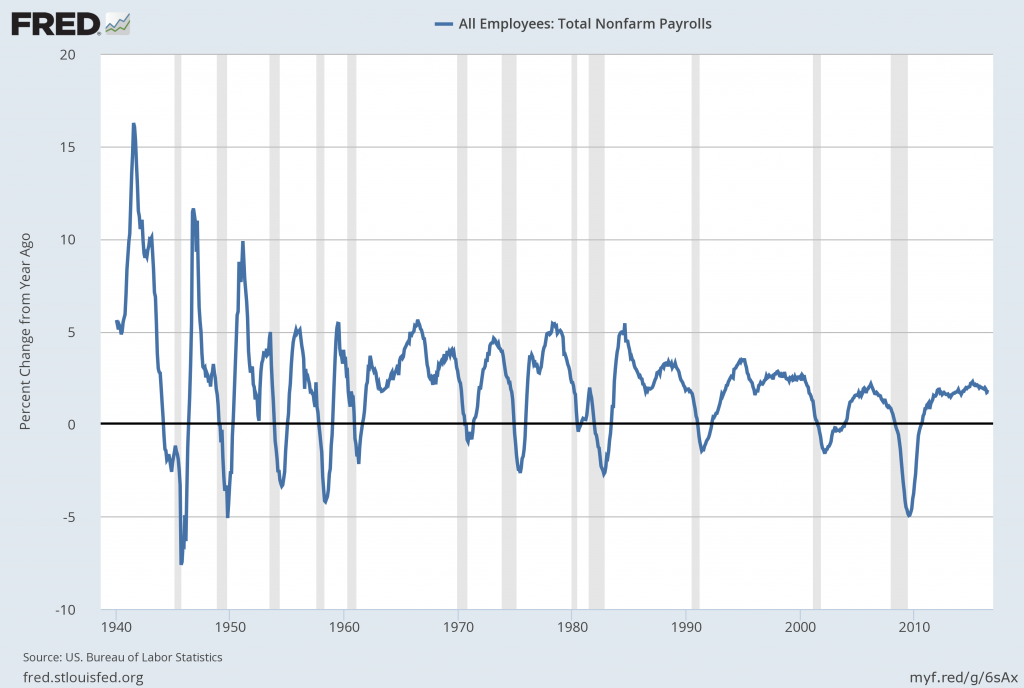