For those unaware of this measure, a description is seen in the February 3, 2014 Liberty Street Economics post titled “A Mis-Leading Labor Market Indicator“:

The employment-population (E/P) ratio frequently is used as an additional labor market measure. The E/P ratio is defined as the number of employed divided by the size of the working-age, noninstitutionalized population. An advantage of the E/P ratio over the unemployment rate is that it is not impacted by discouraged workers who stop looking for employment. The E/P ratio also dominates a measure focusing just on total employment in the economy, since it adjusts for changes in the size of the working-age population. 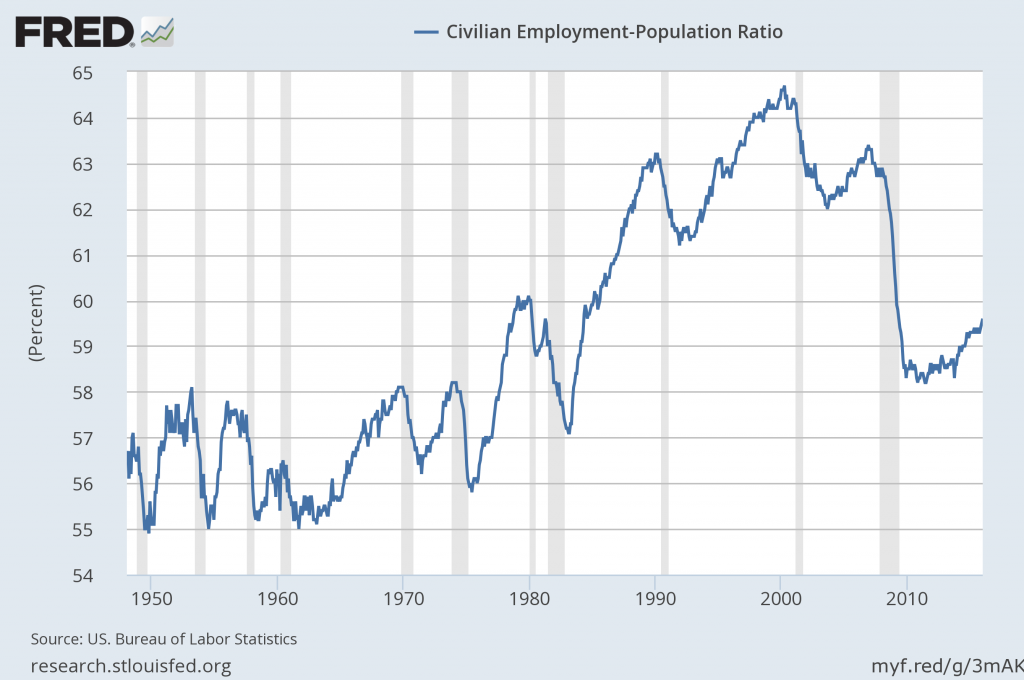