On May 16, 2014, the Zillow Q2 2014 Home Price Expectations Survey results were released.  This survey is done on a quarterly basis.

The survey of 106 economists, real estate experts and investment and market strategists asked panelists to predict the path of the U.S. Zillow Home Value Indexi through 2018 and solicited opinions on the main cause of declining home affordability. The survey was sponsored by leading real estate information marketplace Zillow, Inc. and is conducted quarterly by Pulsenomics LLC. 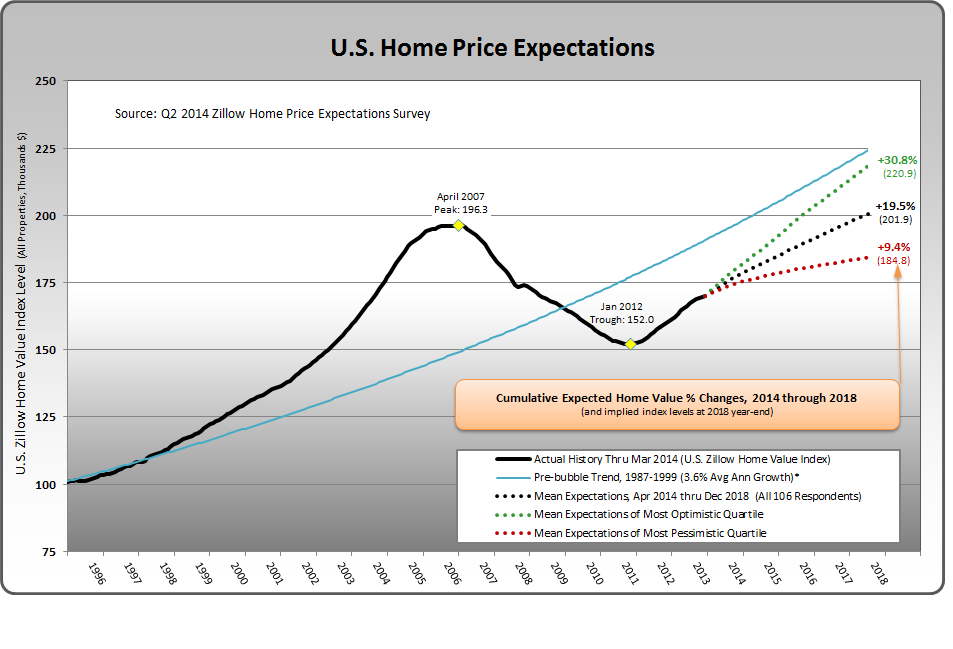