Currently (last updated May 2, 2014 using data through April) this “Yield Curve” model shows a 1.29% probability of a recession in the United States twelve months ahead.  For comparison purposes, it showed a 1.31% probability through March, and a chart going back to 1960 is seen at “Probability Of U.S. Recession Charts.” (pdf)

This model, last updated on May 2, 2014, currently shows a .3% probability using data through February. 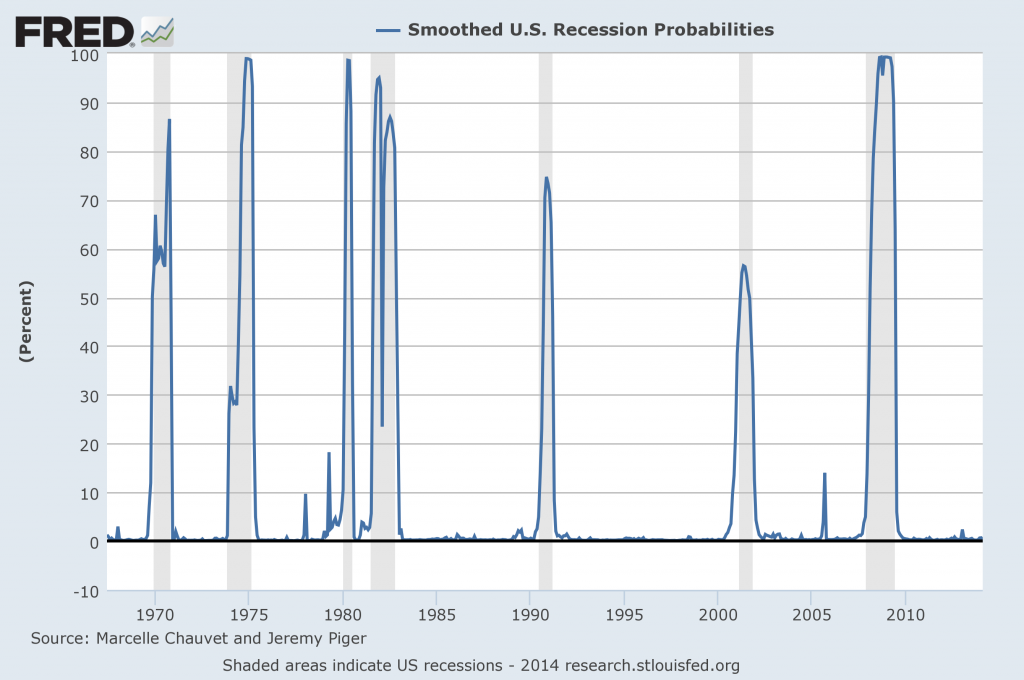 The two models featured above can be compared against measures seen in recent blog posts.  For instance, as seen in the April 11 post titled “The April 2014 Wall Street Journal Economic Forecast Survey“ economists surveyed averaged roughly a 12% probability of a U.S. recession within the next 12 months.

Of course, there is a (very) limited number of prominent parties, such as ECRI (most recently featured in the May 2 post titled “Long-Term Charts Of The ECRI WLI & ECRI WLI,Gr. – May 2, 2014 Update“) that believe the U.S. is currently experiencing a recession.