In April, one in five Americans (20%) rated the economy as excellent or good, while 34% rated it as poor, for a current conditions score of -14, up slightly from last month’s -17. Meanwhile, 39% of Americans said the economy is getting better, while 56% said it is getting worse, for an economic outlook score of -17, the same as in March. 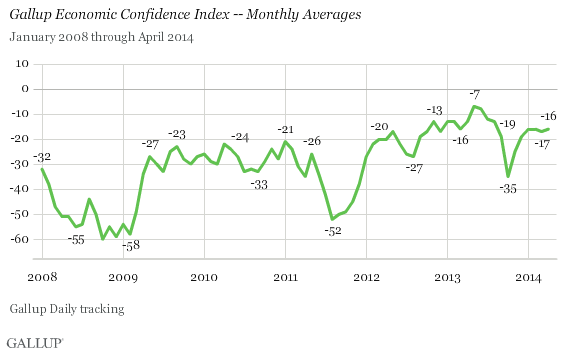