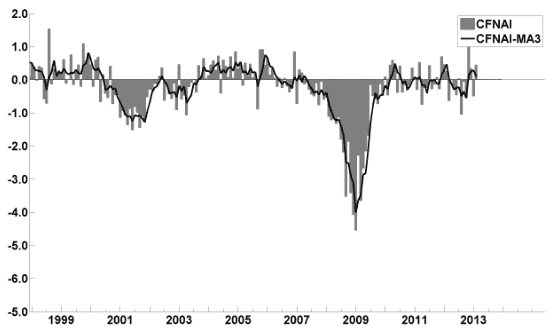 A chart of the WLI, Gr. since 2000, from Doug Short’s blog of March 22 titled “ECRI’s ‘Recession’ Indicators:  Unchanged from Last Week” : 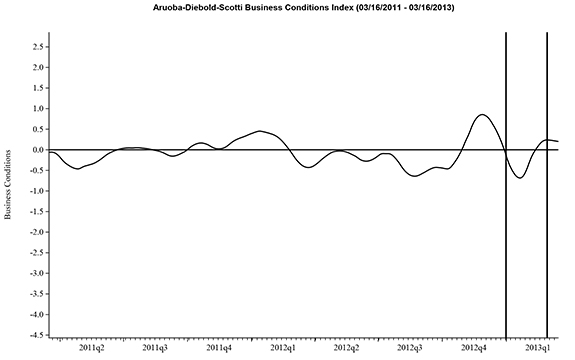 An excerpt from the March 21 release:

Says Ken Goldstein, economist at The Conference Board: “The U.S. economy is growing slowly now, and with this reading increases hope that it may pick up some momentum in the second half of the year. However, this latest report does not yet capture the recent effects of sequestration, which could dampen the pickup in GDP.”

Here is a chart of the LEI from Doug Short’s blog post of March 21 titled “Conference Board Leading Economic Index:  ’Economy Continues to Expand Slowly’” :