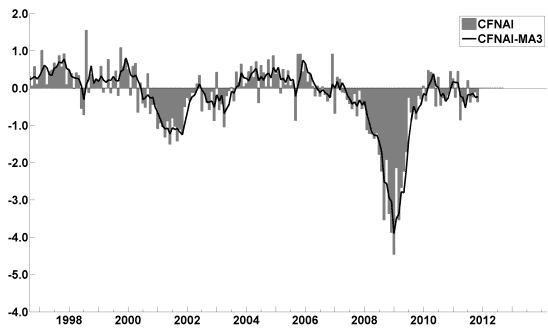 The December update of the USA TODAY/IHS Global Insight Economic Outlook Index shows real GDP growth, at a six-month annualized growth rate, increasing to 2.5% in January and then slowing to 1.8% in May. While employment, housing (mostly the multifamily sector) and consumer spending are slowly recovering, concerns about the Eurozone and world growth continue. 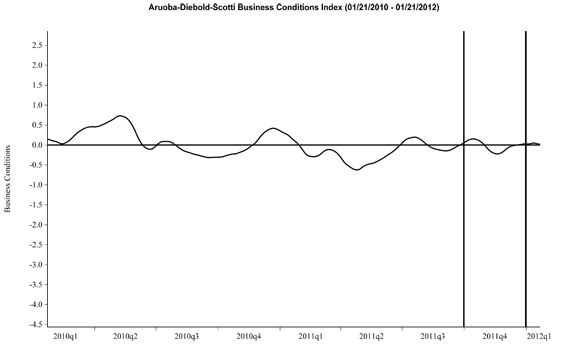 An excerpt from the January 26 release:

Added Ken Goldstein, economist at The Conference Board: “The CEI and other recent data reflect an economy that ended 2011 on a positive note and the LEI provides some reason for cautious optimism in the­ first half of 2012. This somewhat positive outlook for a strengthening domestic economy would seem to be at odds with a global economy that is losing some steam. Looking ahead, the big question remains whether cooling conditions elsewhere will limit domestic growth or, conversely, growth in the U.S. will lend some economic support to the rest of the globe.”