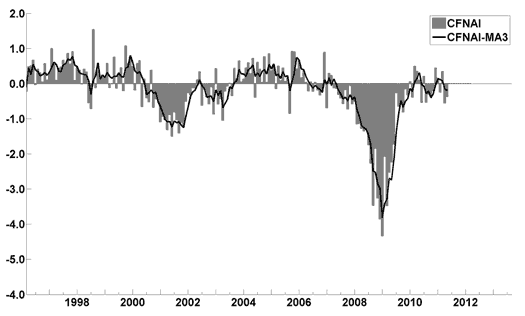 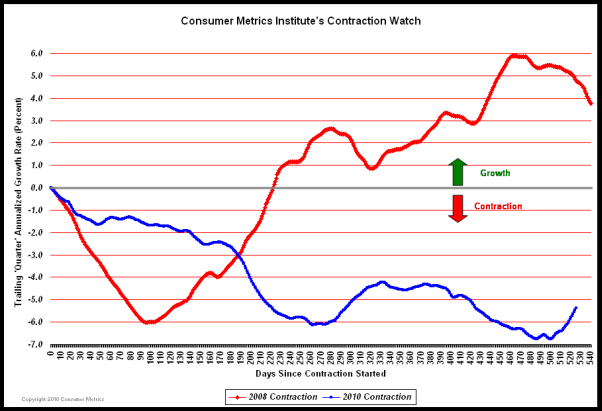 The June update of the USA TODAY/IHS Global Insight Economic Outlook Index shows real GDP growth, at a six-month annualized growth rate, remaining below 3% through the summer and then gaining strength in October and November with 3.3%-3.4% growth rates. Temporary automotive supply disruptions resulting from the Japan earthquake plus high energy and food prices are the main reasons for the slowdown. A return to stronger growth is expected in the fall as automotive supply levels return to normal, businesses increase equipment spending, export growth remains strong and employment slowly improves. The weak housing market and concerns about European debt remain drags on the recovery.

An excerpt from the May 31 Press release:

The depiction of the economy in U.S. newspapers continued to be more negative than positive in May, lengthening a long-term trend held since November 2007. In May, the Dow Jones Economic Sentiment Indicator hit 46.6, unchanged since April and more than 3 points away from the positive side of the 100-point scale. 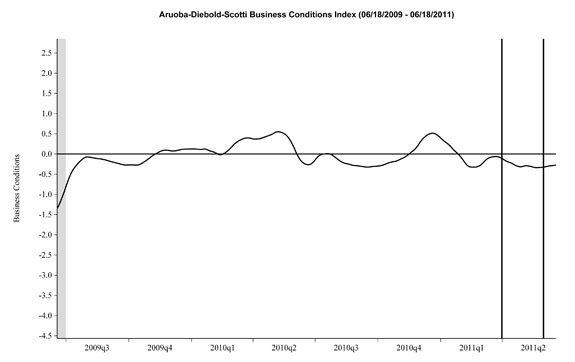 An excerpt from the June 17 Press Release:

Says Ataman Ozyildirim, economist at The Conference Board: “The U.S. LEI rebounded in May and resumed its upward trend with a majority of the components supporting this gain. The Coincident Economic Index, a monthly measure of current economic conditions, continued to increase slowly but steadily. Overall, despite short-term volatility, the composite indexes still point to expanding economic activity in the coming months.”

Says Ken Goldstein, economist at The Conference Board: “Modest economic growth is being buffeted by some strong headwinds, including high gas and food prices and a soft housing market. The economy will likely continue to grow through the summer and fall, however it will be choppy.”