Here is an update on various indicators that are supposed to predict and/or depict economic activity: 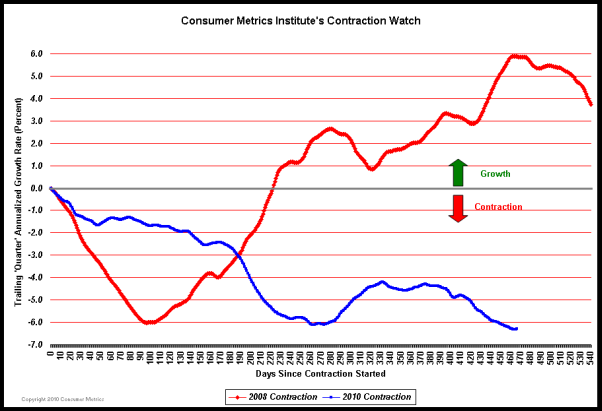 “The March update of the USA TODAY/IHS Global Insight Economic Outlook Index shows real GDP growth, at a six-month annualized growth rate, increasing to 3.7% to 3.8% during the summer months. Gains in manufacturing, capital spending and exports are fueling the growth. Consumer spending and employment are expected to continue improving, though at a moderate pace.”

An excerpt from the March 31 Press Release:

“Weighted down by concerns about future consumer spending, the Dow Jones Economic Sentiment Indicator dropped 3.3 points to 43.2 in March. This is indicator’s lowest point since September 2010 and its sharpest drop since the autumn of 2008 when the global financial markets were collapsing.” 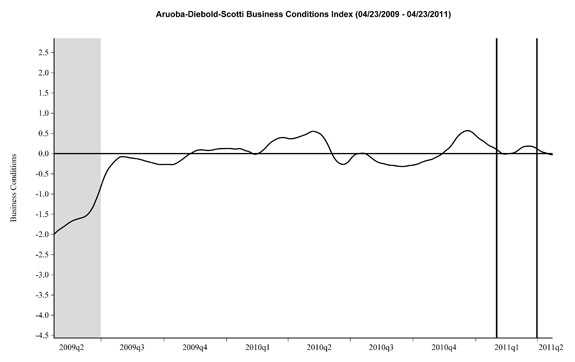 Says Ataman Ozyildirim, economist at The Conference Board: “The U.S. LEI continued to increase in March, pointing to strengthening business conditions in the near term. The March increase was led by the interest rate spread and housing permits components, while consumer expectations dropped. The U.S. CEI, a monthly measure of current economic conditions, also continued to rise, led by gains in industrial production and employment.”