Here is an update on various indicators that are supposed to predict and/or depict economic activity.  (Past updates of these indicators, as well as previous posts discussing the individual indicators, can be found under “Economic Indicators“) : 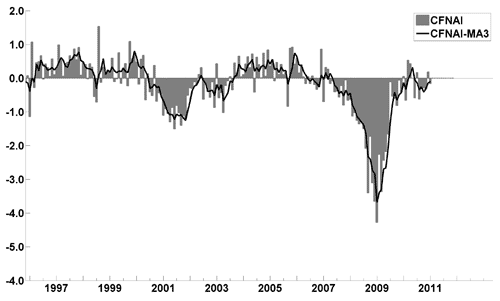 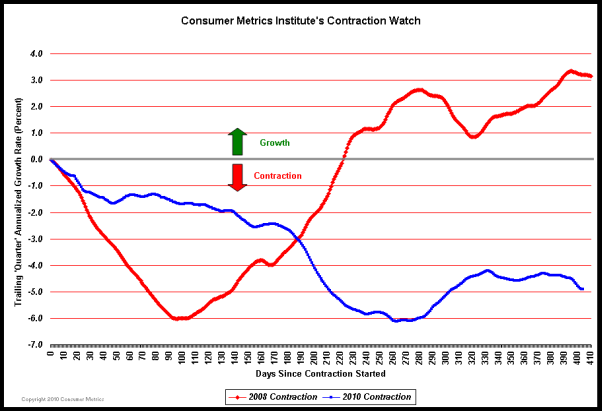 “The January update of the USA TODAY/IHS Global Insight Economic Outlook Index shows real GDP growth, at a six-month annualized growth rate, gaining momentum this year. The index forecasts a growth rate of 3.7% in March and April, up from 2.1% in September. Improved consumer and business confidence and the new tax legislation are expected to help fuel growth. But continued high unemployment, a still-weak housing sector and tight credit conditions will keep growth below 4% this year.”

An excerpt from the January 31 Press Release:

“With a gain of just under one point in January, the Dow Jones Economic Sentiment Indicator signaled that the U.S. economy is slowly pulling itself out of the recession. The ESI edged up from 46.1 in December to 46.9 in January, consolidating a positive 2.2 point gain in December.

“Fears of a double dip recession have fallen off the radar, but reporting about the economy is still short of the optimism we ought to be seeing at this stage, were this a normal expansion. This muted sentiment mirrors the lackluster trend in employment growth,” said Dow Jones Newswires “Money Talks” columnist Alen Mattich.” 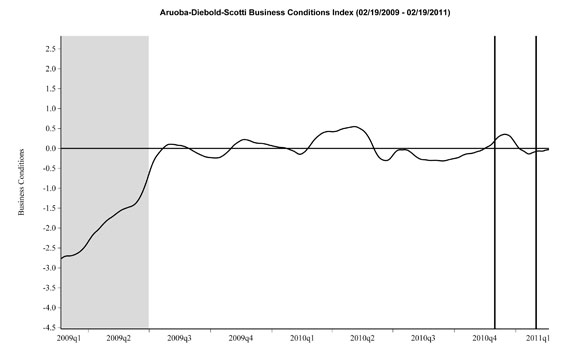 “Says Ken Goldstein, economist at The Conference Board:  “The economy gained some momentum in late fall, and the latest data suggest that trend will continue.  The cumulative change in the U.S. LEI over the last six months is a sharp 3.0 percent, signaling continued expansion.”