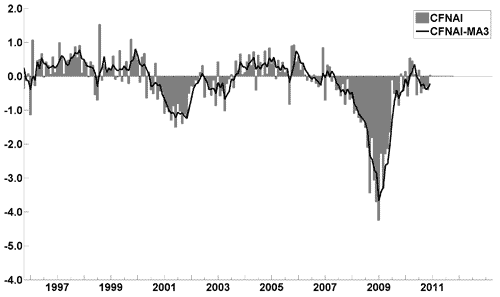 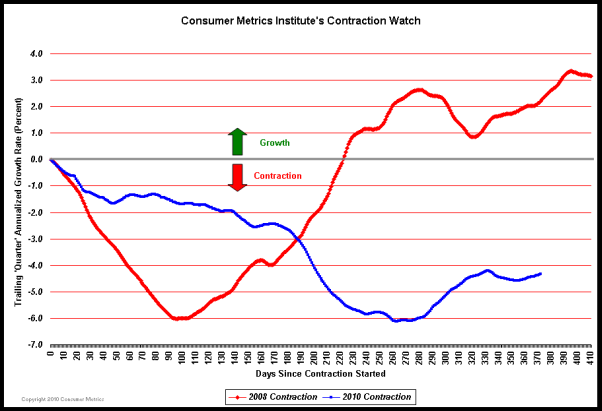 “The January update of the USA TODAY/IHS Global Insight Economic Outlook Index shows real GDP growth, at a six-month annualized growth rate, gaining momentum this year. The index forecasts a growth rate of 3.7% in March and April, up from 2.1% in September. Improved consumer and business confidence and the new tax legislation are expected to help fuel growth. But continued high unemployment, a still-weak housing sector and tight credit conditions will keep growth below 4% this year.”

From the January 3 Press Release, “Driven by a wide range of upbeat grassroots economic news, the Dow Jones Economic Sentiment Indicator (ESI) jumped 2.2 points to 46.1 in December, breaking out of its previous range and indicating the economy could be picking up momentum at the start of 2011.” 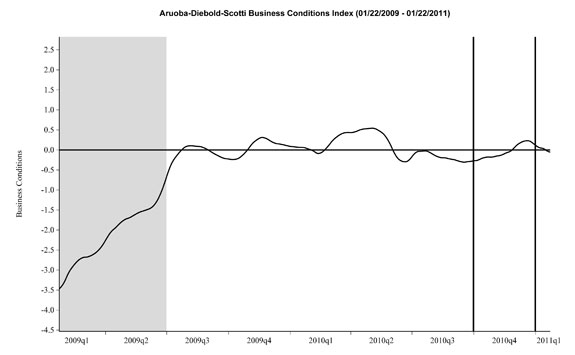 “Says Ataman Ozyildirim, economist at The Conference Board:  ‘While the LEI points to an economic expansion that is gaining further traction, its components still suggest the expansion path may be uneven.  December’s gain was led by housing permits, the interest rate spread, initial claims for unemployment insurance and consumer expectations.  The large increases in December and November show that, after a brief pause in the second quarter of 2010, the LEI is resuming the upward trend that began in March 2009.'”