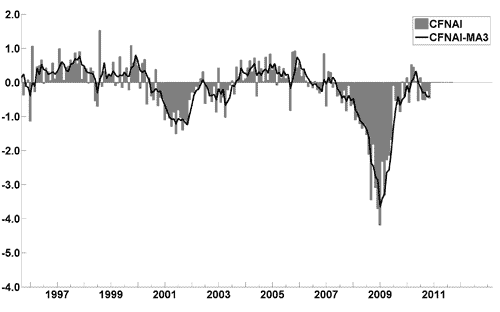 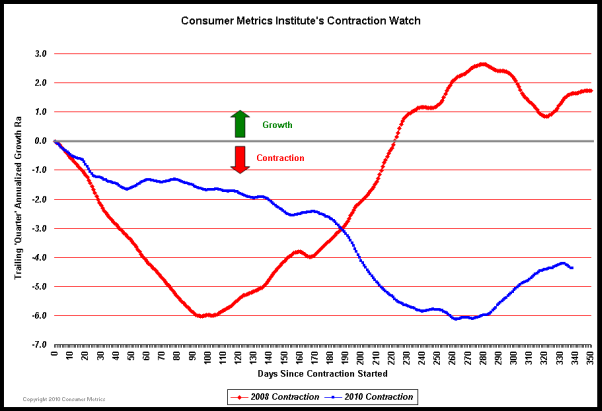 An excerpt from the November 24 Release :

“The November update of the USA TODAY/IHS Global Insight Economic Outlook Index shows real GDP growth, at a six-month annualized growth rate, stabilizing at 2.2% in December through March and 2.1% in April. Weak housing and employment combined with high debt and tight credit continue to impede growth.”

An excerpt from the November 30 News Release:

““The ESI signals that the economy is in a holding pattern,” Dow Jones Newswires “Money Talks” Columnist Alen Mattich said. “If it had risen sharply, confirming October’s strong rise, then it would have been a very positive sign. Instead we are seeing an economy still poised between modest growth and a slipping back.” 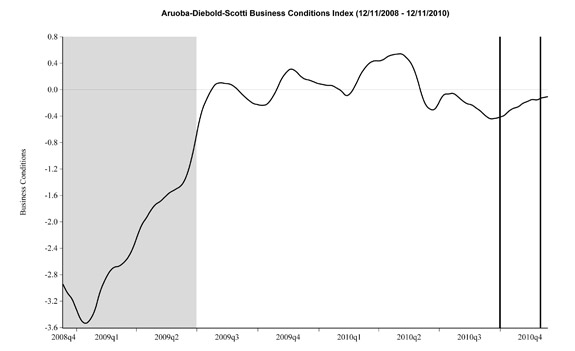 “Says Ataman Ozyildirim, economist at The Conference Board: “November’s sharp increase in the LEI, the fifth consecutive gain, is an early sign that the expansion is gaining momentum and spreading.  Nearly all components rose in November.  Continuing strength in financial indicators is now joined by gains in manufacturing and consumer expectations, but housing remains weak.”