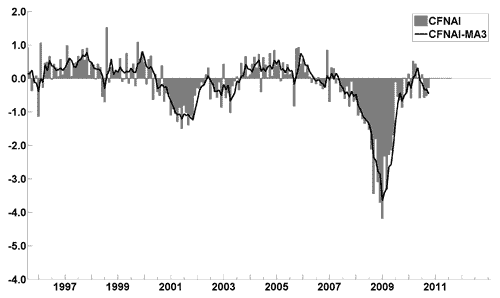 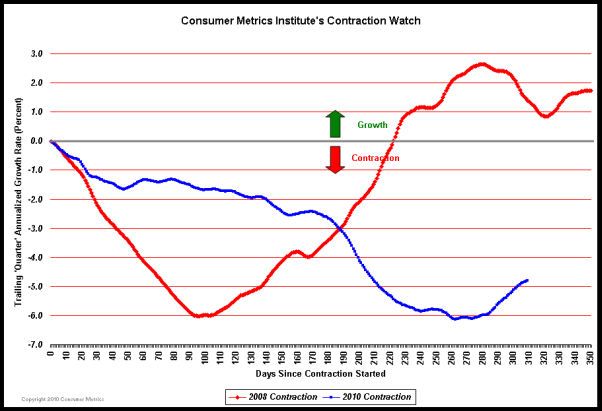 “The October update of the USA TODAY/IHS Global Insight Economic Outlook Index shows real GDP growth, at a six-month annualized growth rate, slowing to 1.4% in October and then increasing to 2.0% in February and March, as weak housing and employment conditions continue to impede growth.”

An excerpt from the November 1 release:

“The Dow Jones Economic Indicator (ESI) jumped 3.2  points to 43.9  in October, an unusually strong gain. In back-testing through 1990, election year Octobers averaged a 0.3 point rise. The ESI is now at its highest point since December 2007.

October’s gain, however, was preceded by a 2.5 point drop in September. The ESI’s turbulence implies that the economy is teetering between a slow climb up and a relapse.

“The Dow Jones ESI rebounded in October from its dip the previous month, resuming a modest upward trend seen during much of the year,” Dow Jones Newswires “Money Talks” Columnist Alen Mattich said. “The indicator, however, is still well below levels seen during normal expansions. The October number was not particularly boosted by press coverage of impending quantitative easing from the Federal Reserve or from any one off factors, supporting the view that it reflects self sustaining growth in the economy.” 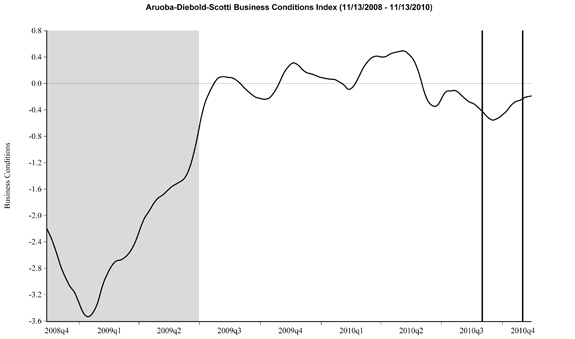 “Says Ken Goldstein, economist at The Conference Board: “The economy is slow, but latest data on the U.S. LEI suggest that change may be around the corner. Expect modest holiday sales, driven by steep discounting. But following a post-holiday lull, the indicators are suggesting a mild pickup this spring.”