Starting with my June 2 post I wrote of my expectation for a near-term stock market advance despite what I viewed as highly problematical future conditions.  I continue to maintain this view, albeit with the dangers discussed in the post of October 13, “Comments On The Next Crash“.

Before displaying charts of the S&P500, there are a couple of VIX charts that I find especially notable.  The first, as shown below, is a chart that shows the 10-year Daily VIX chart, LOG scale.   The 20-level continues to serve as an important demarcation, as seen when one compares the VIX in red to the S&P500 below.  As this post is written, the VIX is at 19.85 and has been struggling to stay below this 20-level recently:

(click on images to enlarge charts)(charts courtesy of StockCharts.com) 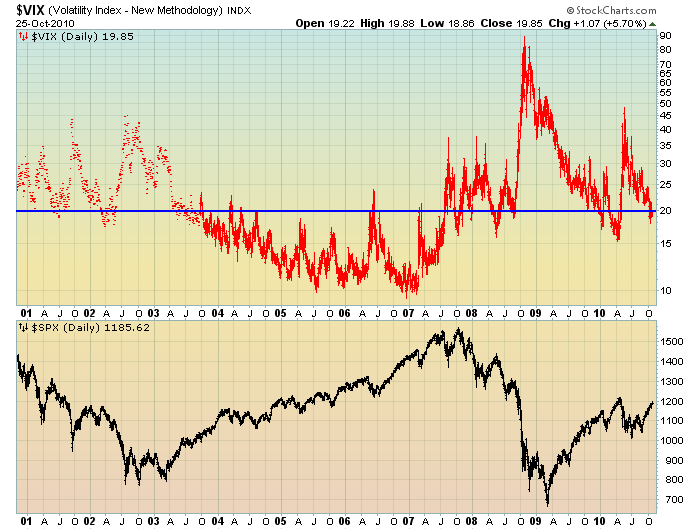 This next chart is a weekly view of the VIX from 2003, on a LOG basis.  I find this chart very notable.   The VIX is shown in red, with the S&P500 shown at the bottom.  I have added a few technical indicators to provide perspective.  Perhaps most interesting is the MACD, which is depicted between the VIX and S&P500.  The MACD shows a notable positive divergence (shown by the  red line annotation) since mid-2009: 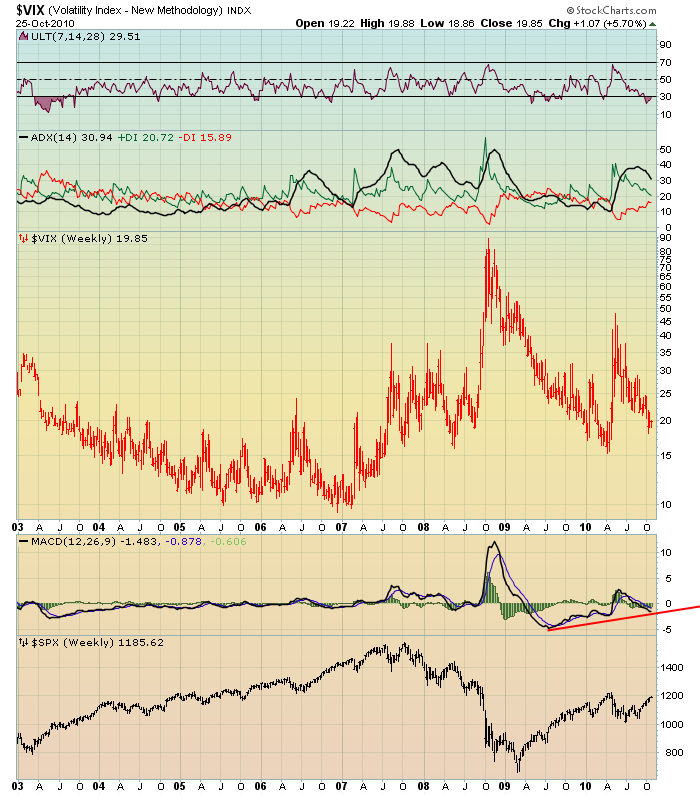