With the ongoing problems in Europe, fears of worldwide economic “contagion”, and many overt signs of economic slowing in the United States, one is led to wonder how susceptible the U.S. stock markets are to further declines.

While I have written extensively about how I believe the stock market will face an exceedingly large decline in the future, for now, I think (based upon a variety of factors) that a near-term stock market advance is likely.  This is not to say that I think “all is well” with the economy or the markets – anything but.   In essence, I think we will see a little more “sunshine” but if one looks out to the (economic/financial) horizon “the sky is black,” unfortunately.

One item that I have found interesting is that during the latest stock market decline (from the 1219 peak in April), while the VIX shot up significantly, the 3-month Treasury Bill stayed stable.  Although this is certainly not a “guaranteed confirmation” of any type, I find it notable and positive for the markets and economy for the short-term.  Below is a daily chart from 2008 showing the 3-month Treasury rate vs. the VIX and S&P500 (with a 50-day moving average line in blue): 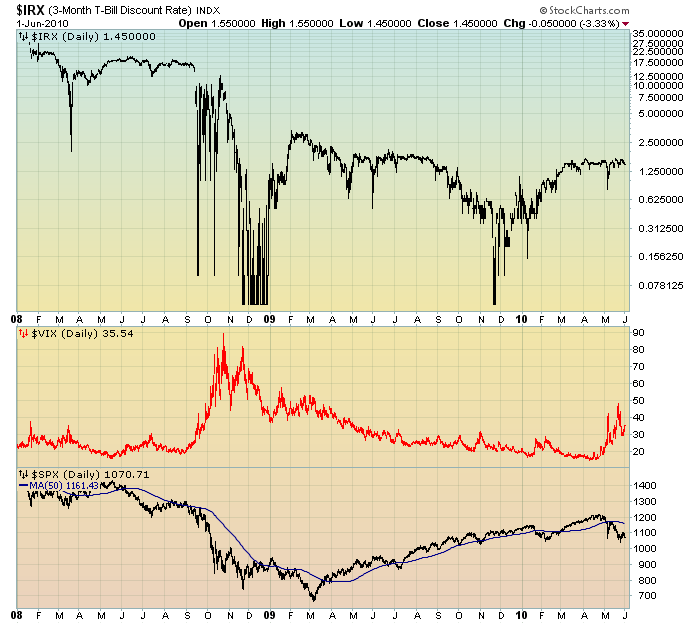 As I wrote on May 19, “I believe that we are building to a variety of major market events.”  I plan on elaborating upon this in the near future.