I have written of “odd occurrences” and their significance, most recently in the July 14 post.

The yield of the 2-Year Treasury is one example of these “odd occurrences.”  Here is a 3 year daily chart: 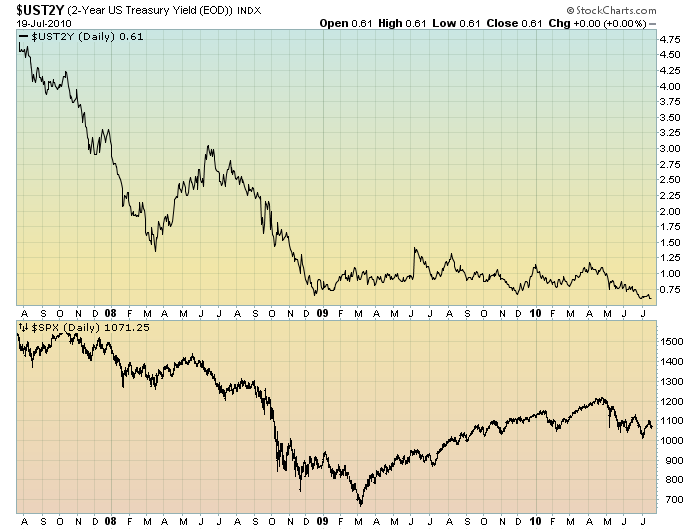 click on chart to enlarge image; chart courtesy of StockCharts.com

Plotted below the 2-Year Treasury yield is the price of the S&P500.  As one can see, the 2-year Treasury yield at .61% is now at a level less than that seen during the height of the Financial Crisis during Q4 2008.

While there are many reasons that can at least partially explain why the 2-Year Treasury yield is so low now, it is still what I call an “odd occurrence.”  Why, during what most believe is an economic recovery, with generally robust financial markets, would investors in the 2-Year Treasury accept such low yields?

Of note, this 2-Year yield has acted strangely in the past; I commented upon the dip in yield during November 2009 in this November 23, 2009 post.