Given the incredibly outsized intervention efforts in the residential real estate market, I think it is important to examine some dynamics of the real estate bubble.

Here is a chart from the 12/15/09 Contrary Investor commentary that I believe is interesting, as it depicts some underlying residential real estate fundamentals.  It shows the equity and mortgage debt situation.  The underlying data is from the Federal Reserve Flow of Funds: 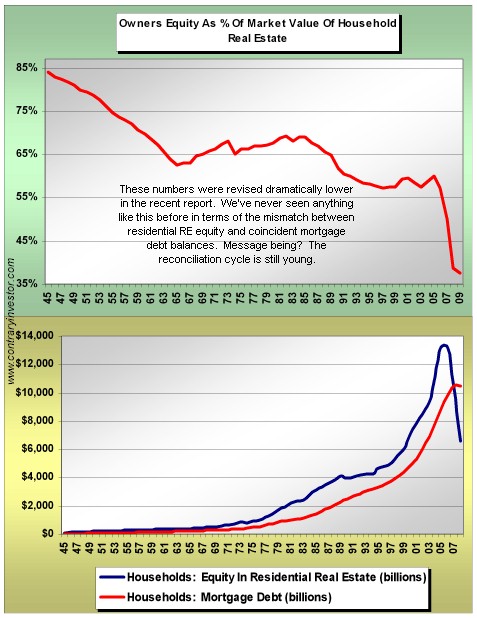 As far as real estate prices are concerned, I would like to show two charts, both from the CalculatedRisk blog: 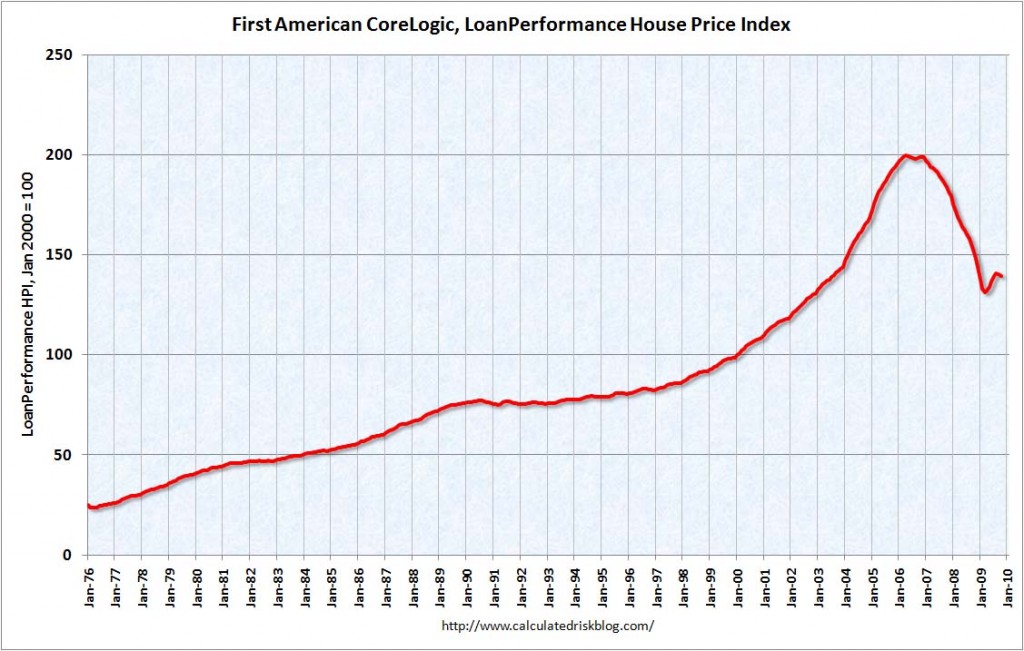 Next, a chart posted on 12/29/09 showing the LoanPerformance Index as well as Case-Shiller, from January 2000: 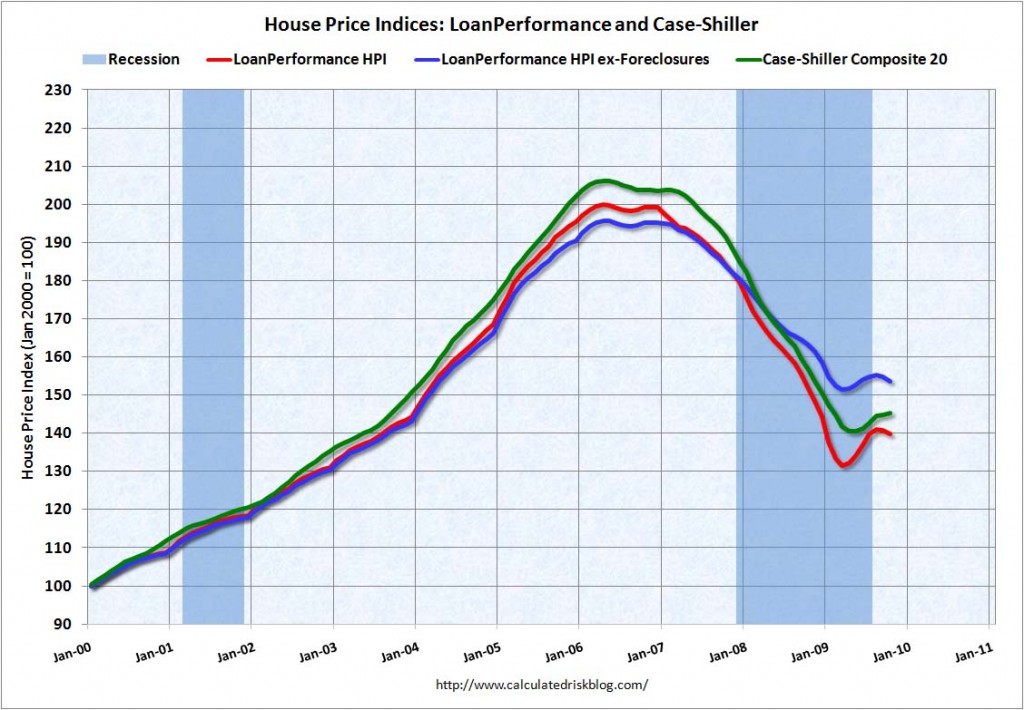 As others have commented, it appears as if the overall intervention efforts are aimed at reflating (or to re-inflate) the housing bubble.  Conventional (investment) wisdom has held that reflating a burst bubble is impossible.

A casual observer might assume that such an outsized effort would be destined to be successful.  However, (economic) life is not that simple.

From an “all things considered” standpoint, I don’t believe the residential real estate bubble has actually burst.  It appears to me that it has somewhat deflated.  I base this view on a variety of fundamental and technical factors.

I think it very important to note the quality and durability of the economic activity that occurred in the first phase of the bubble, which peaked in 2006.  Can one hope for any better outcome during a subsequent reflation?

These issues are critical to the concept of Sustainable Prosperity, of which I have previously frequently commented.

1 thought on “Characteristics Of The Housing Bubble”