The CFNAI, with current reading of .10: 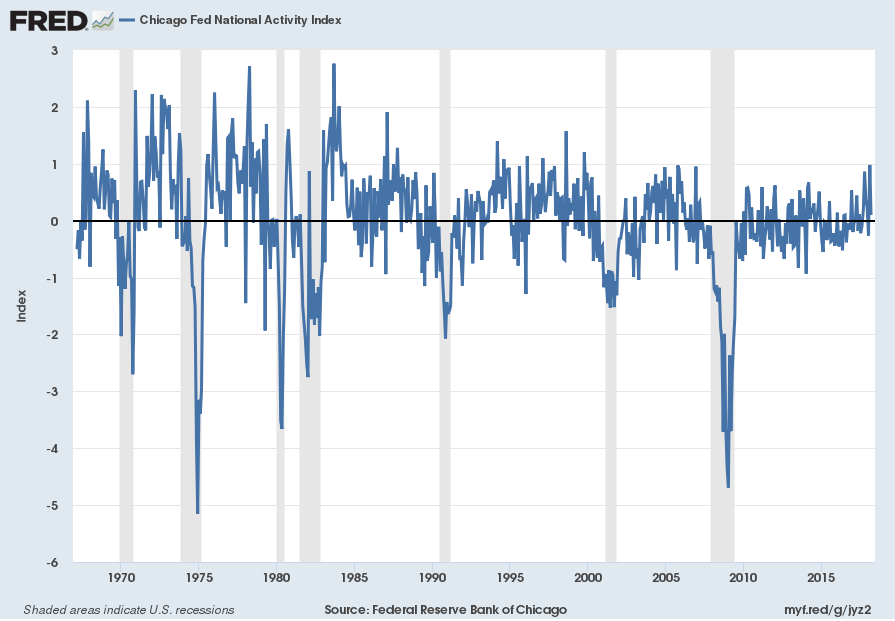 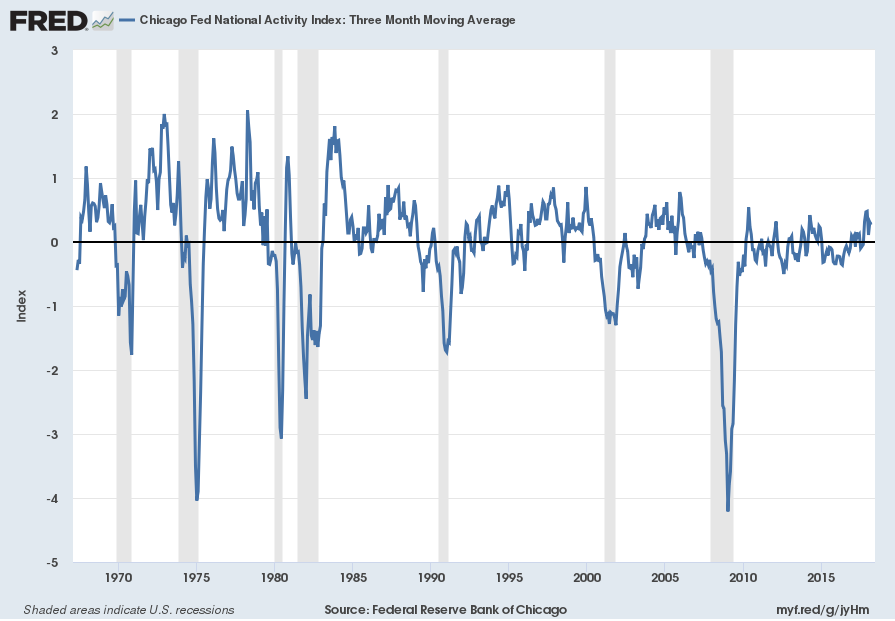 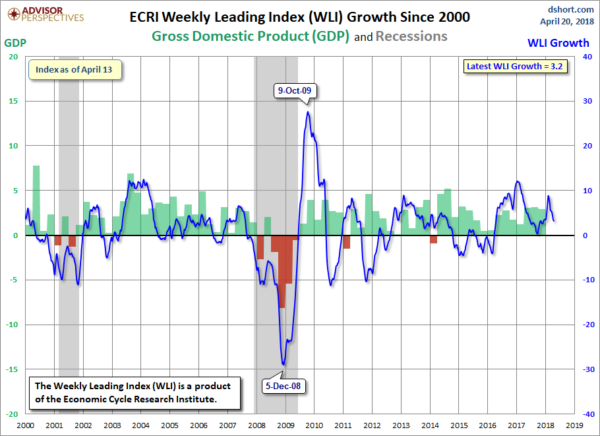 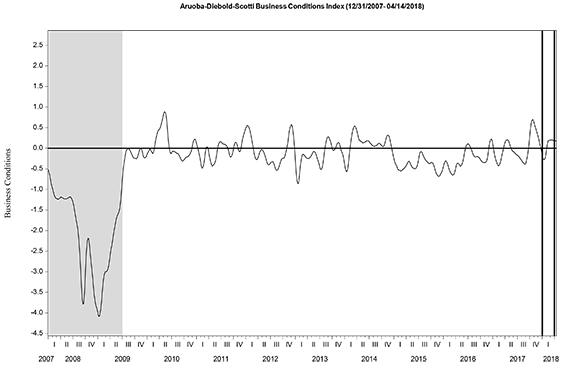 “The U.S. LEI increased in March, and while the monthly gain is slower than in previous months, its six-month growth rate increased further and points to continued solid growth in the U.S. economy for the rest of the year,” said Ataman Ozyildirim, Director of Business Cycles and Growth Research at The Conference Board. “The strengths among the components of the leading index have been very widespread over the last six months. However, labor market components made negative contributions in March and bear watching in the near future.”

Here is a chart of the LEI from Doug Short’s Conference Board Leading Economic Index update of April 19, 2018: 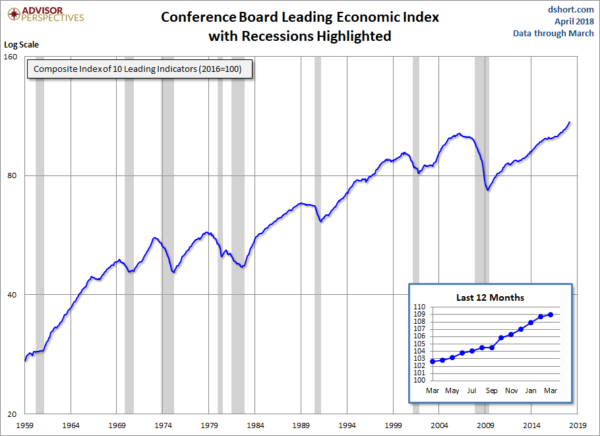