The CFNAI, with current reading of .15: 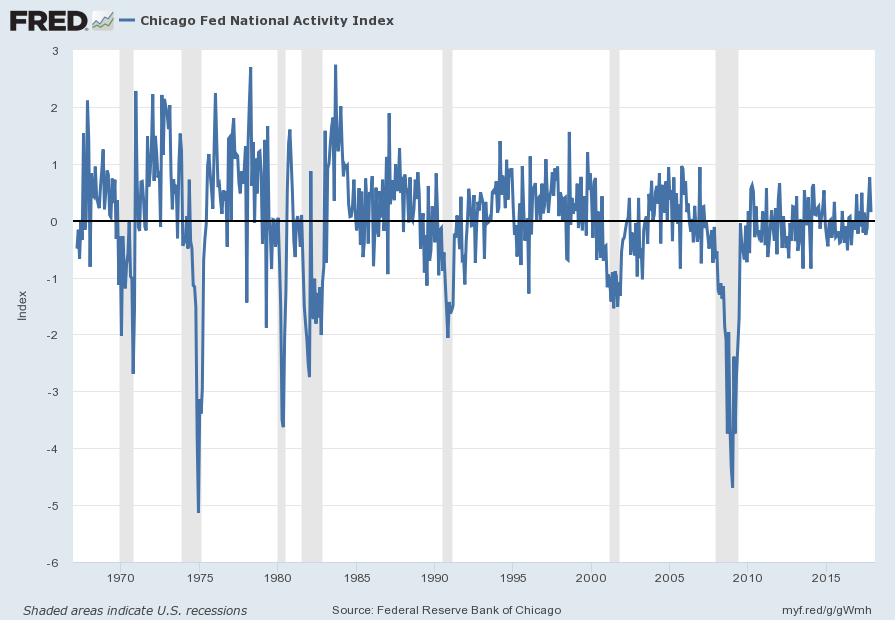 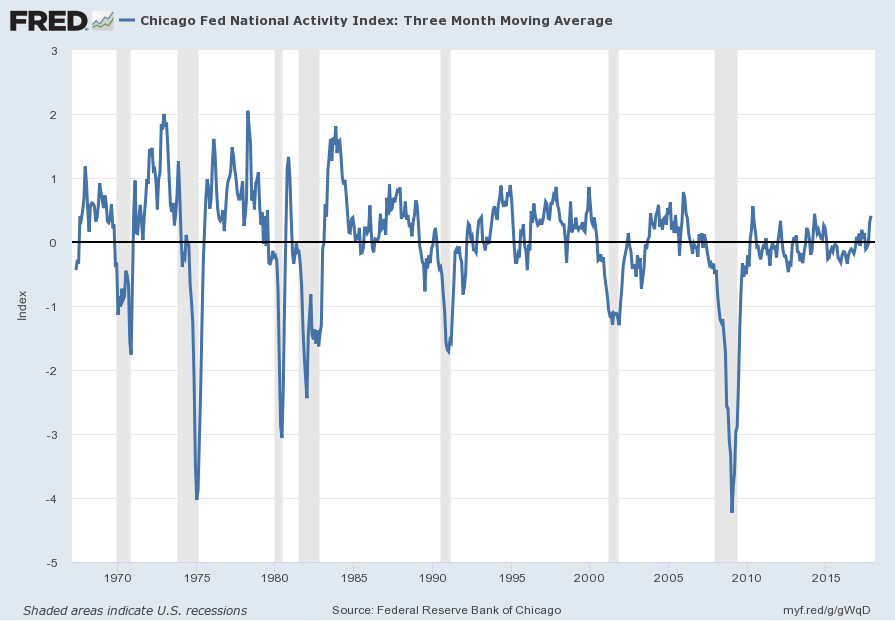 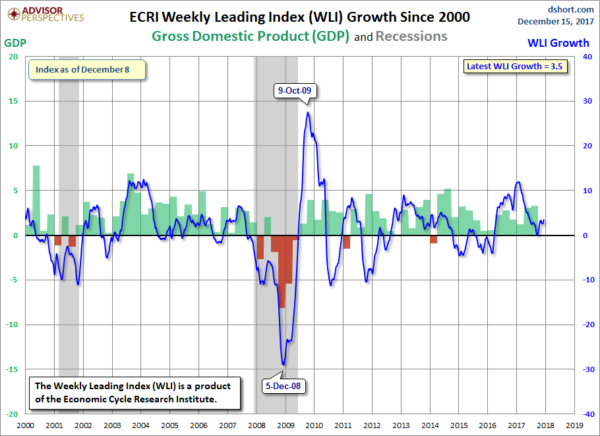 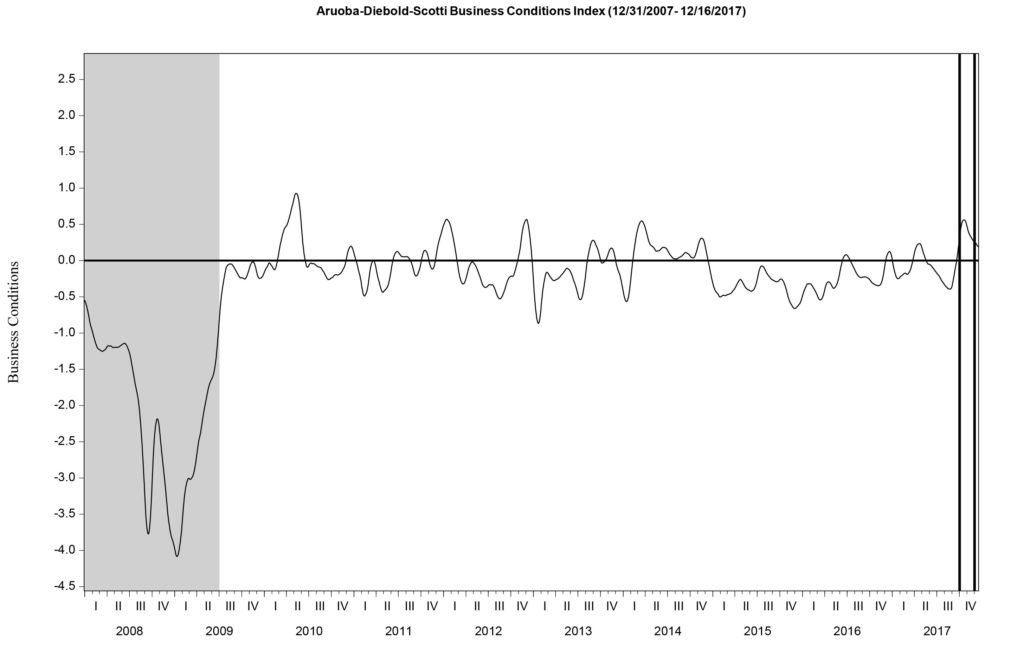 “The U.S. LEI rose again in November, suggesting that solid economic growth will continue into the first half of 2018,” said Ataman Ozyildirim, Director of Business Cycles and Growth Research at The Conference Board. “In recent months, unemployment insurance claims have returned to pre-hurricane levels. In addition, improving financial indicators, new orders in manufacturing and historically high consumer sentiment have propelled the U.S. LEI even higher.”

Here is a chart of the LEI from Doug Short’s Conference Board Leading Economic Index update of December 21, 2017: 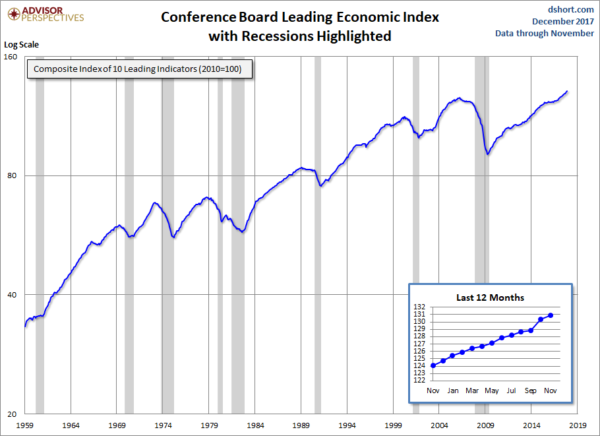