On December 5, 2017, the Zillow Q4 2017 Home Price Expectations Survey results were released.  This survey is done on a quarterly basis.

An excerpt from the press release: 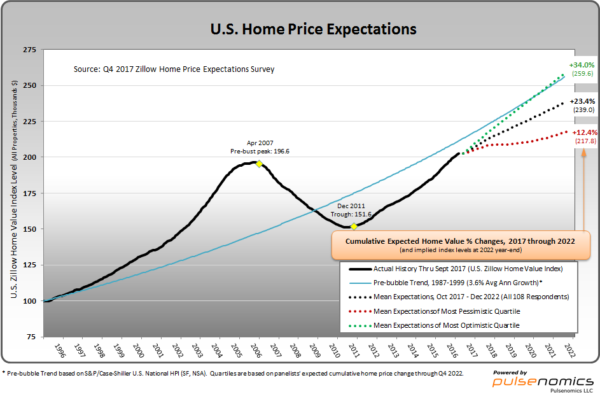 The detail of the Q4 2017 Home Price Expectations Survey (pdf) is interesting.  Of the 100+ survey respondents, only two (of the displayed responses) forecasts a cumulative price decrease through 2022, and only one of those forecasts is for a double-digit percentage decline.  That forecast is from Mark Hanson, who foresees a 20.52% cumulative price decrease through 2021.