The CFNAI, with current reading of -.31: 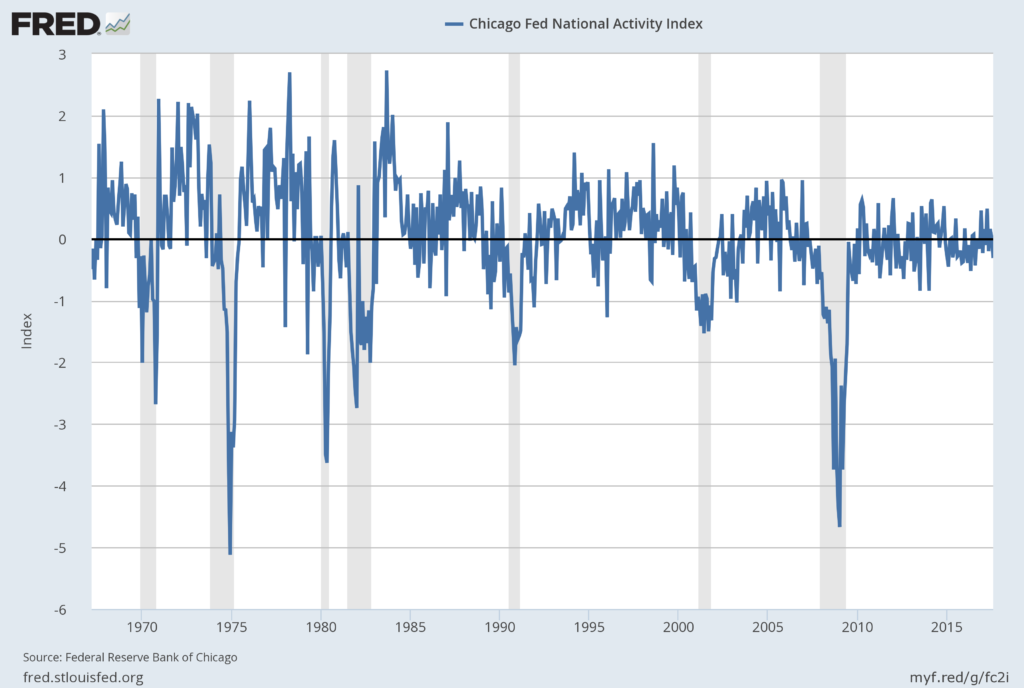 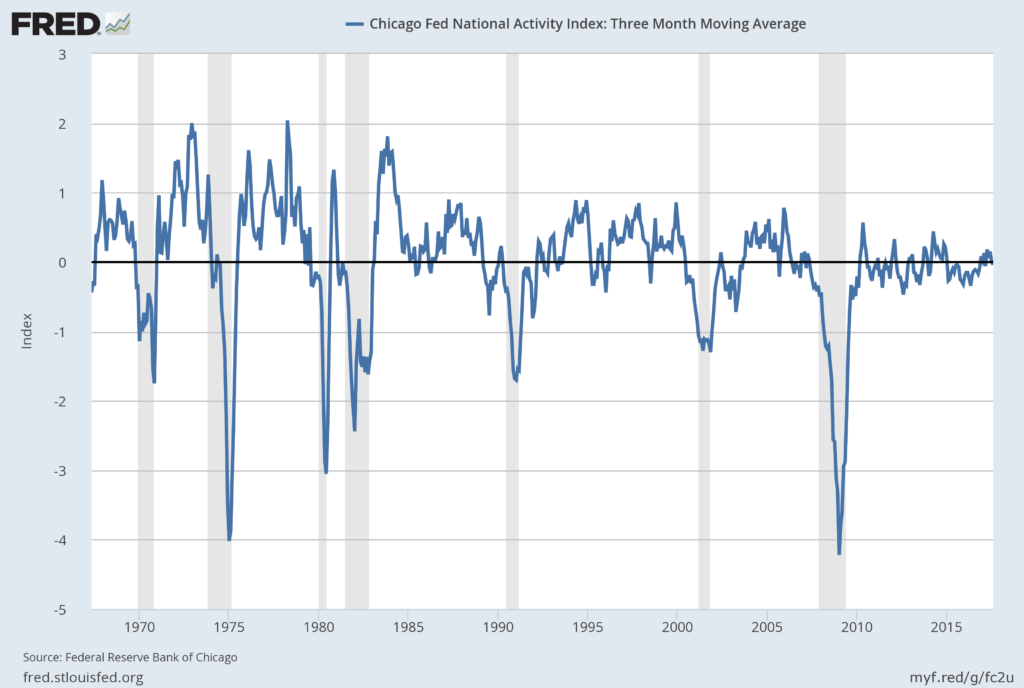 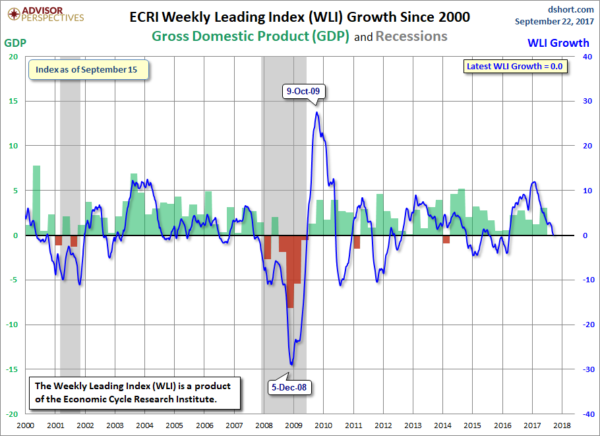 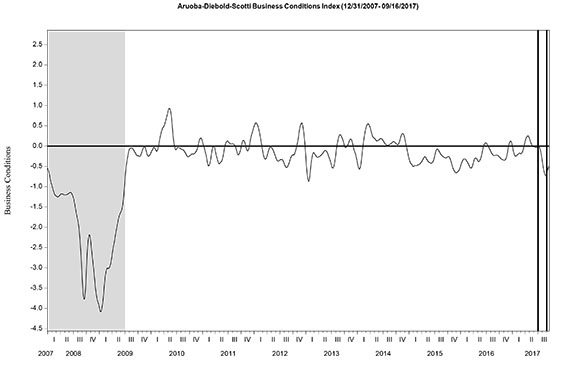 “The August gain is consistent with continuing growth in the U.S. economy for the second half of the year, which may even see a moderate pick up,” said Ataman Ozyildirim, Director of Business Cycles and Growth Research at The Conference Board. “While the economic impact of recent hurricanes is not fully reflected in the leading indicators yet, the underlying trends suggest that the current solid pace of growth should continue in the near term.”

Here is a chart of the LEI from Doug Short’s Conference Board Leading Economic Index update of September 21, 2017: 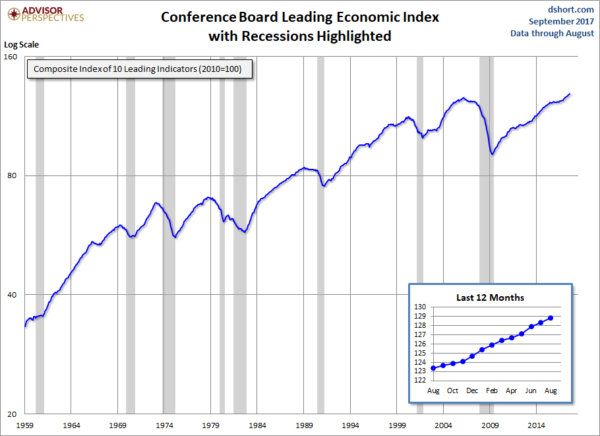