Below is an updated chart regarding this statistic.  The current figure, last updated on September 1, 2017 depicting data through August 2017, is 94.494 million people (Not Seasonally Adjusted): 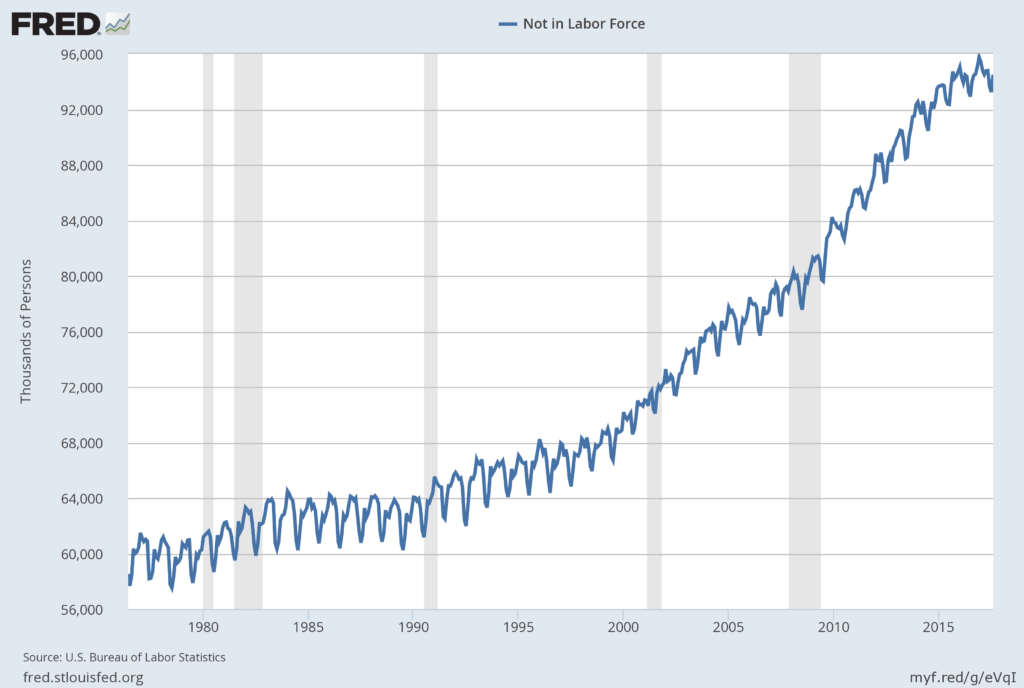