The CFNAI, with current reading of -.01: 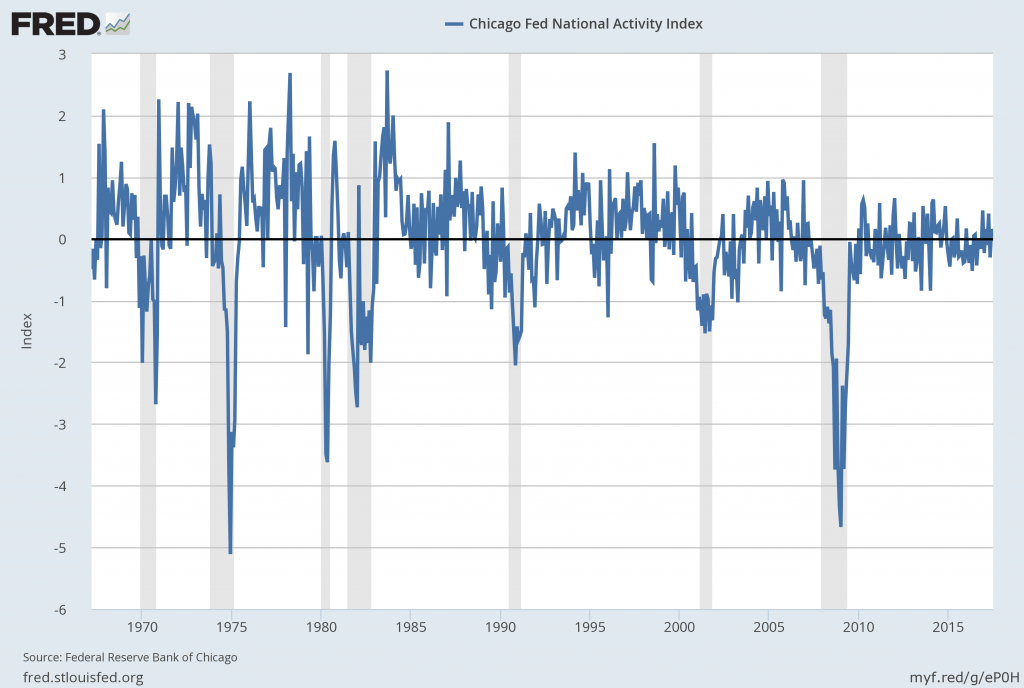 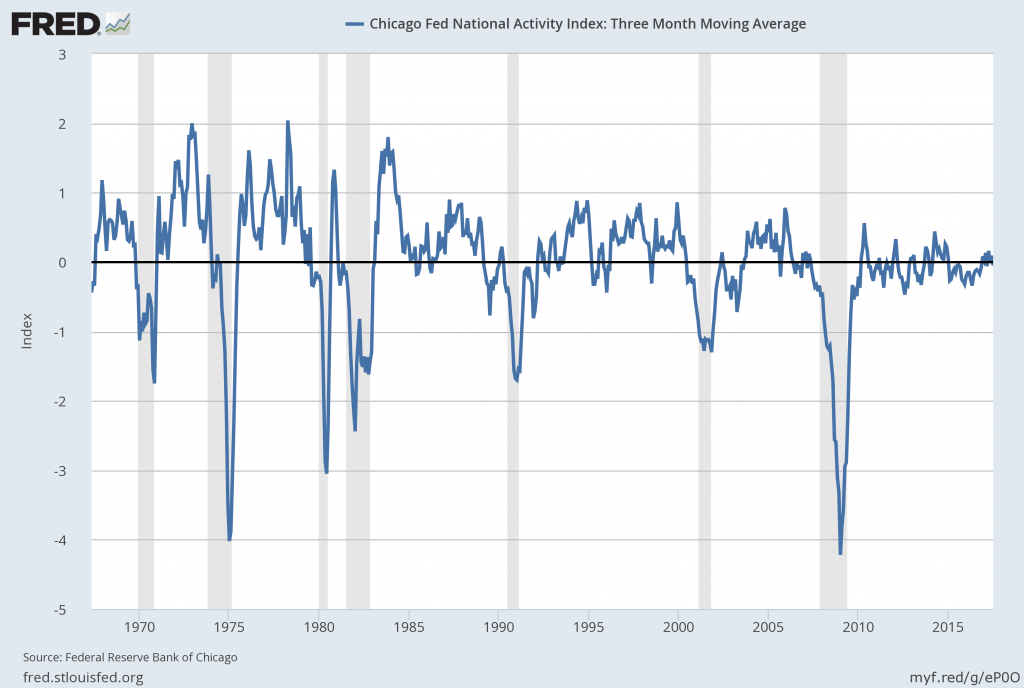 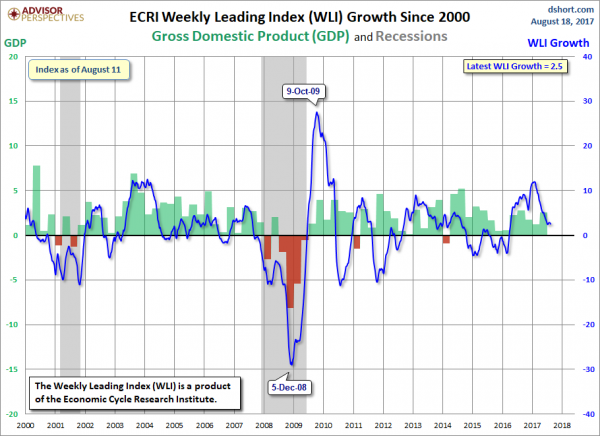 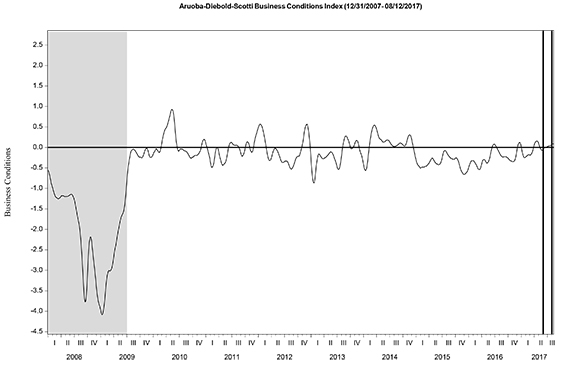 “The U.S. LEI improved in July, suggesting the U.S. economy may experience further improvements in economic activity in the second half of the year,” said Ataman Ozyildirim, Director of Business Cycles and Growth Research at The Conference Board. “The large negative contribution from housing permits, a reversal from June, was more than offset by gains in the financial indicators, new orders and sentiment.”

Here is a chart of the LEI from Doug Short’s Conference Board Leading Economic Index update of August 17, 2017: 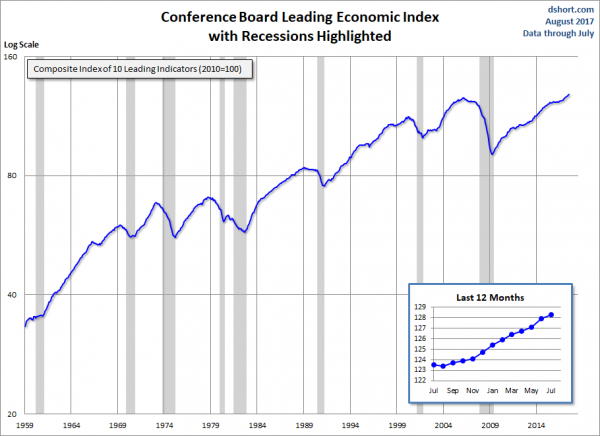