The CFNAI, with current reading of .13: 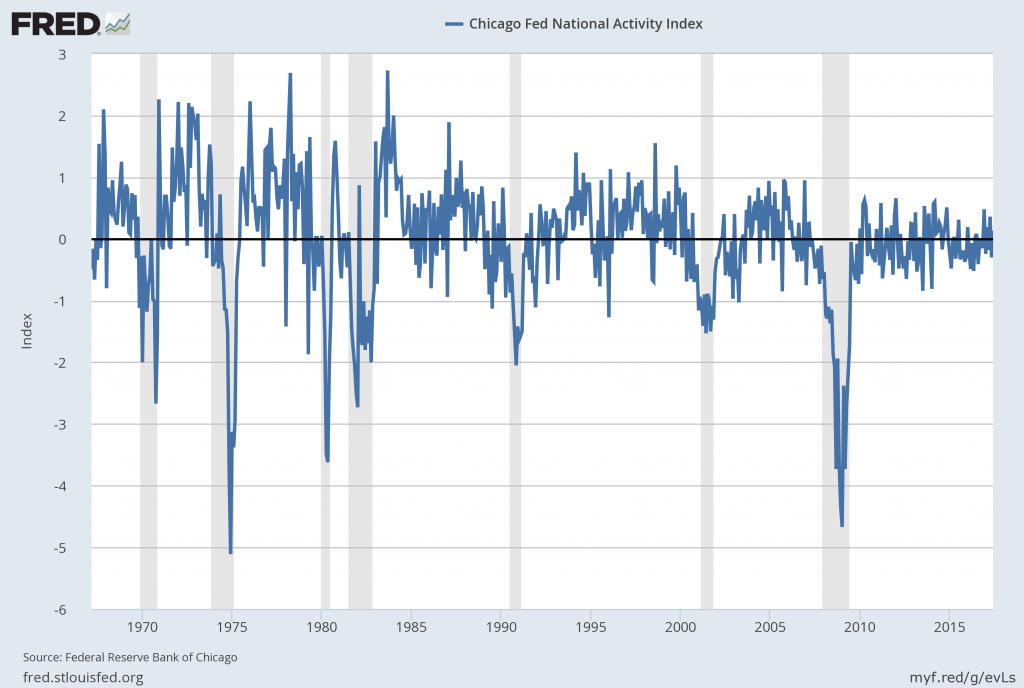 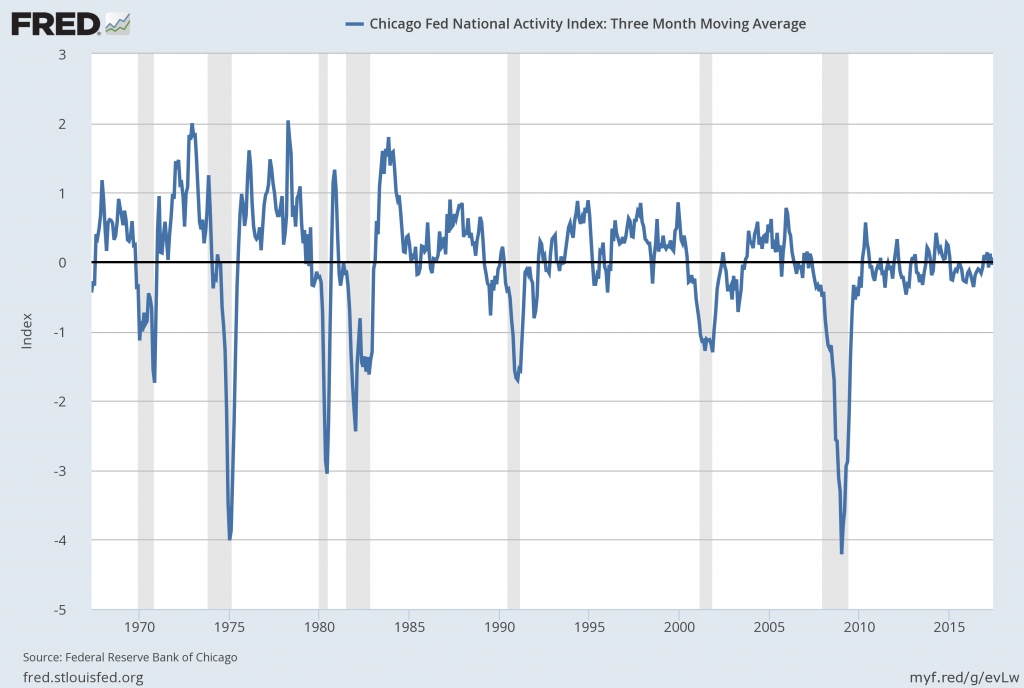 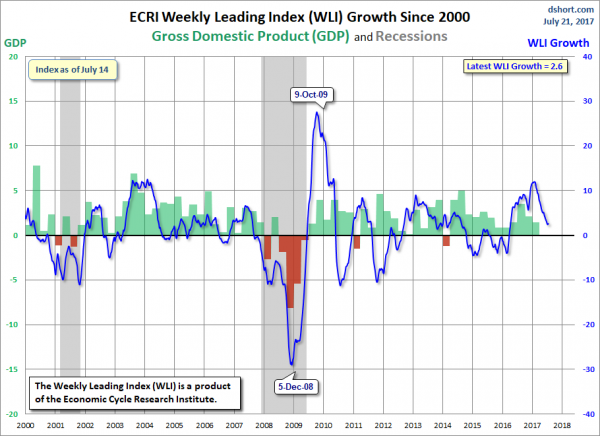 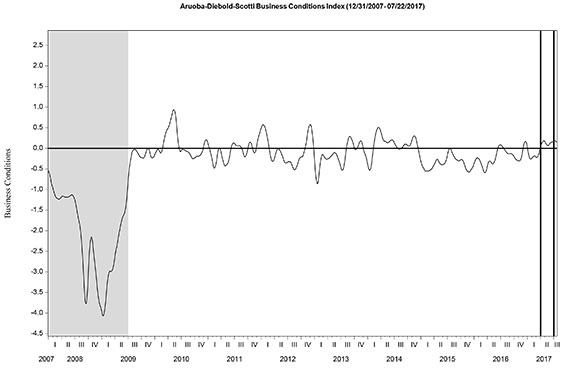 “The U.S. LEI rose sharply in June, pointing to continued growth in the U.S. economy and perhaps even a moderate improvement in GDP growth in the second half of the year,” said Ataman Ozyildirim, Director of Business Cycles and Growth Research at The Conference Board. “The broad-based gain in the U.S. LEI was led by a large contribution from housing permits, which improved after several months of weakness.”

Here is a chart of the LEI from Doug Short’s Conference Board Leading Economic Index update of July 20, 2017: 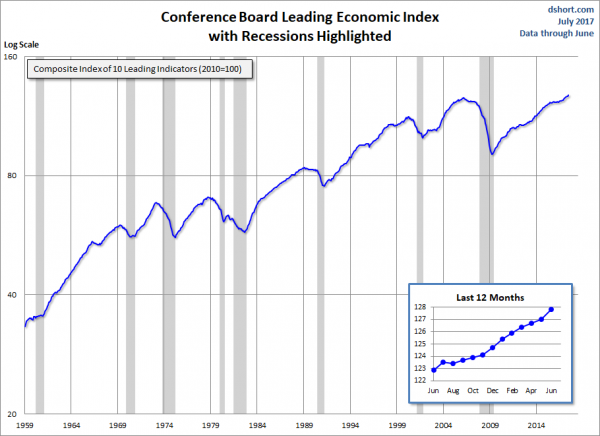