The CFNAI, with current reading of .49: 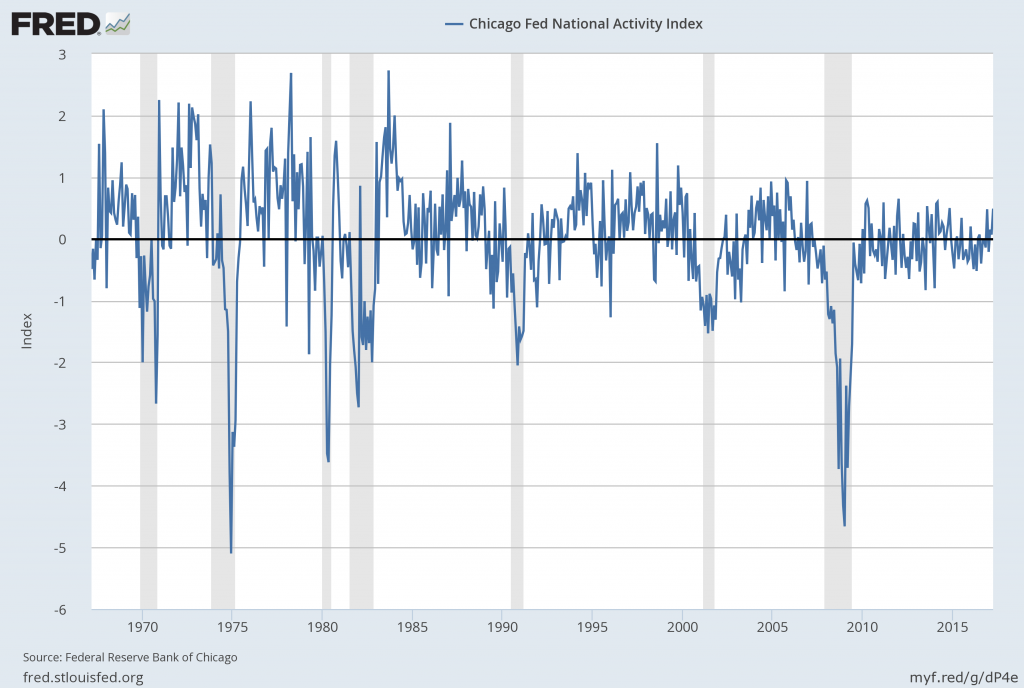 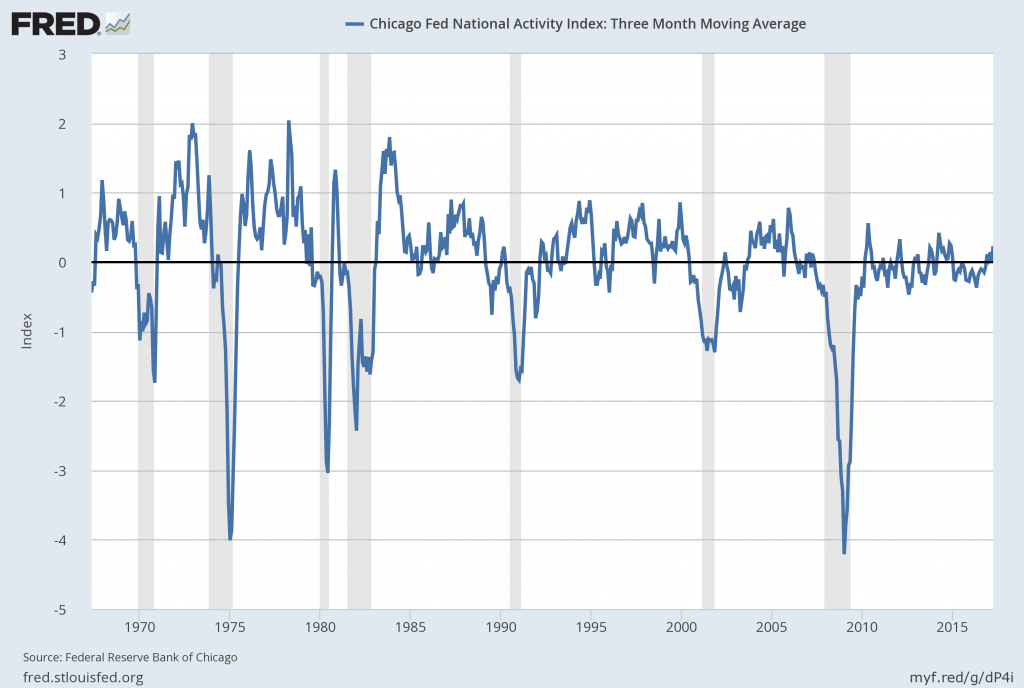 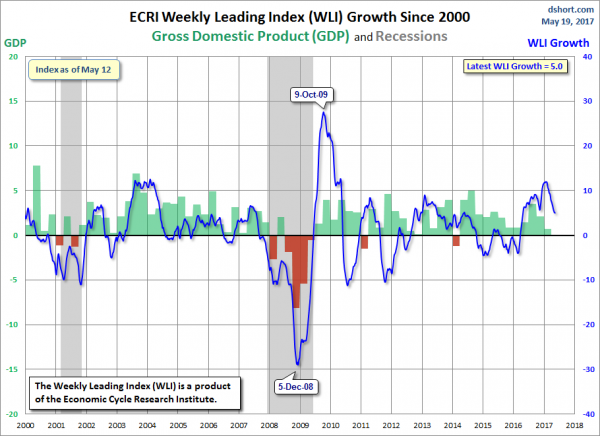 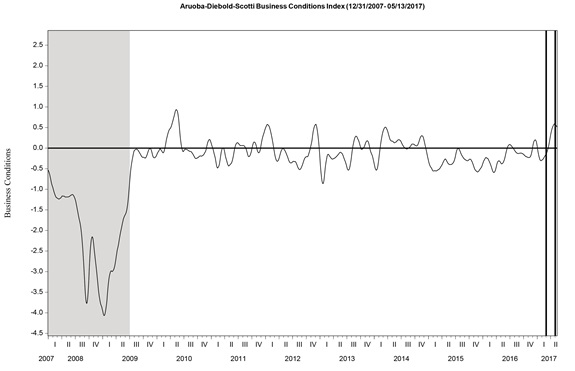 “The recent trend in the U.S. LEI, led by the positive outlook of consumers and financial markets, continues to point to a growing economy, perhaps even a cyclical pickup,” said Ataman Ozyildirim, Director of Business Cycles and Growth Research at The Conference Board. “First quarter’s weak GDP growth is likely a temporary hiccup as the economy returns to its long-term trend of about 2 percent. While the majority of leading indicators have been contributing positively in recent months, housing permits followed by average workweek in manufacturing have been the sources of weakness among the U.S. LEI components.”

Here is a chart of the LEI from Doug Short’s Conference Board Leading Economic Index update of May 18, 2017: 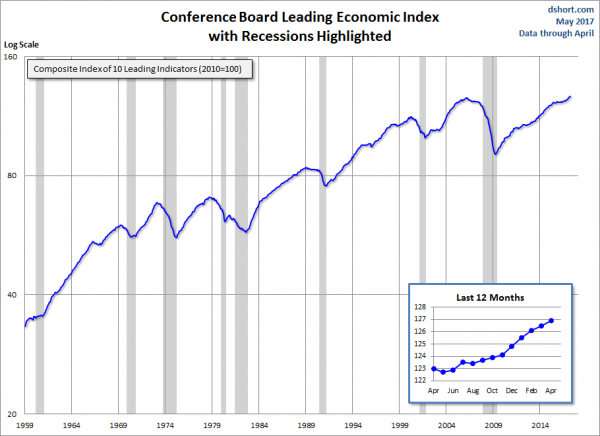