The CFNAI, with current reading of .08: 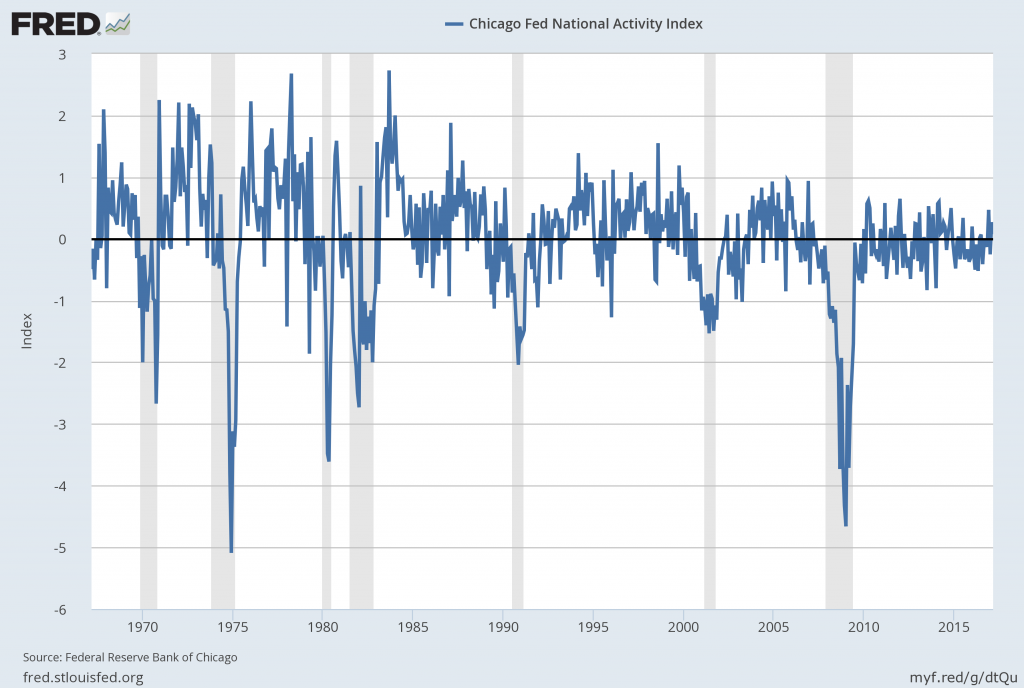 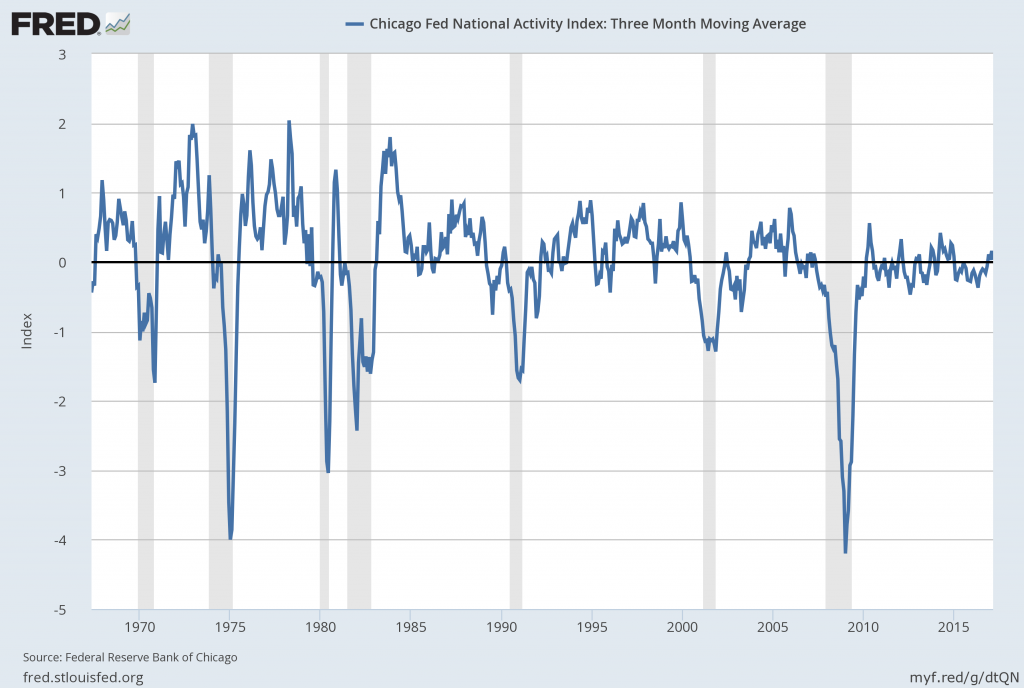 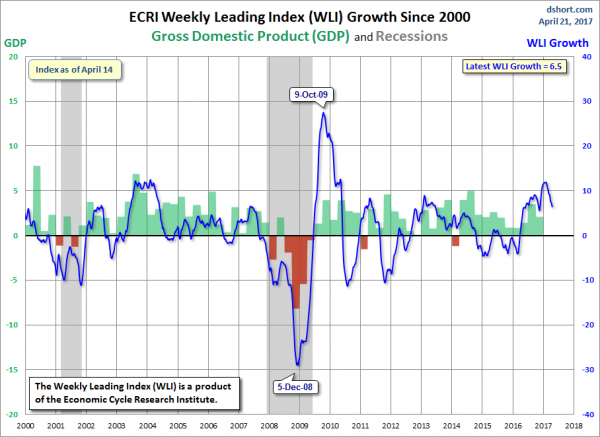 “The March increase and upward trend in the U.S. LEI point to continued economic growth in 2017, with perhaps an acceleration later in the year if consumer spending and investment pick up,” said Ataman Ozyildirim, Director of Business Cycles and Growth Research at The Conference Board. “The gains among the leading indicators were very widespread, with new orders in manufacturing and the interest rate spread more than offsetting declines in the labor market components in March.”

Here is a chart of the LEI from Doug Short’s Conference Board Leading Economic Index update of April 20, 2017: 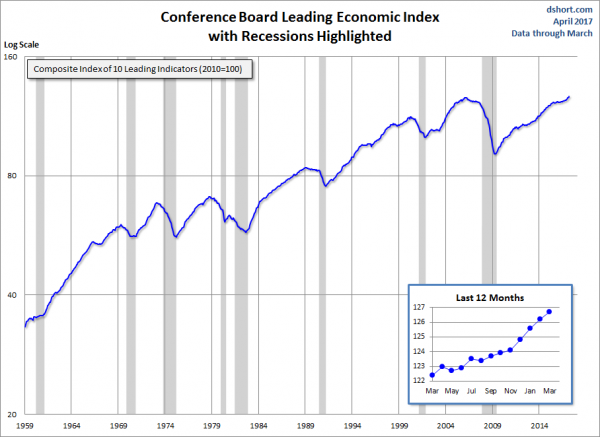