The CFNAI, with current reading of .34: 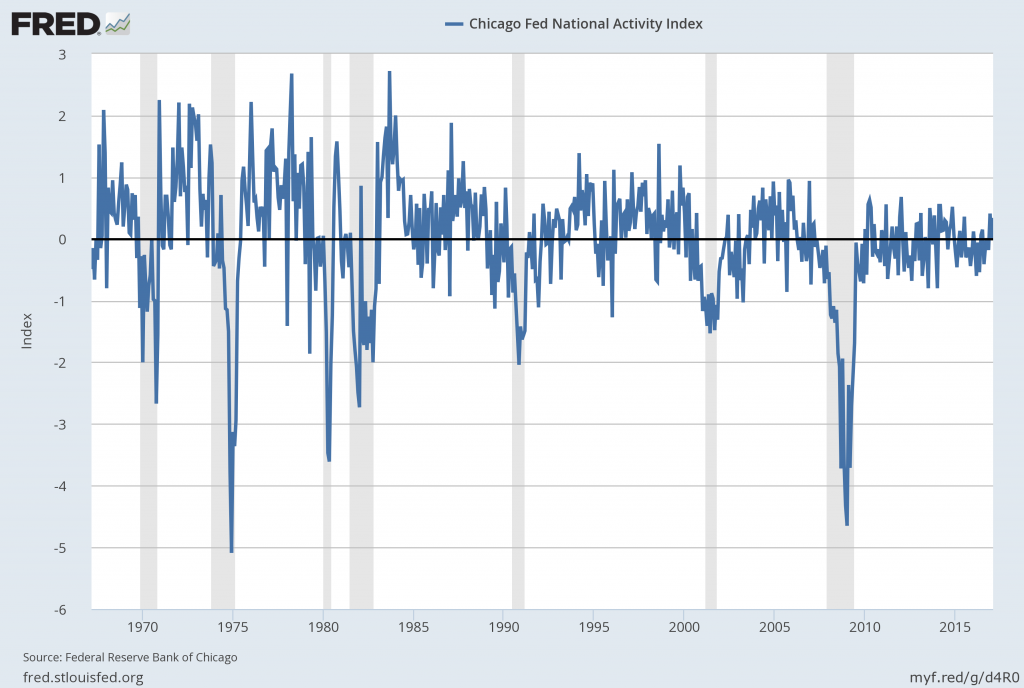 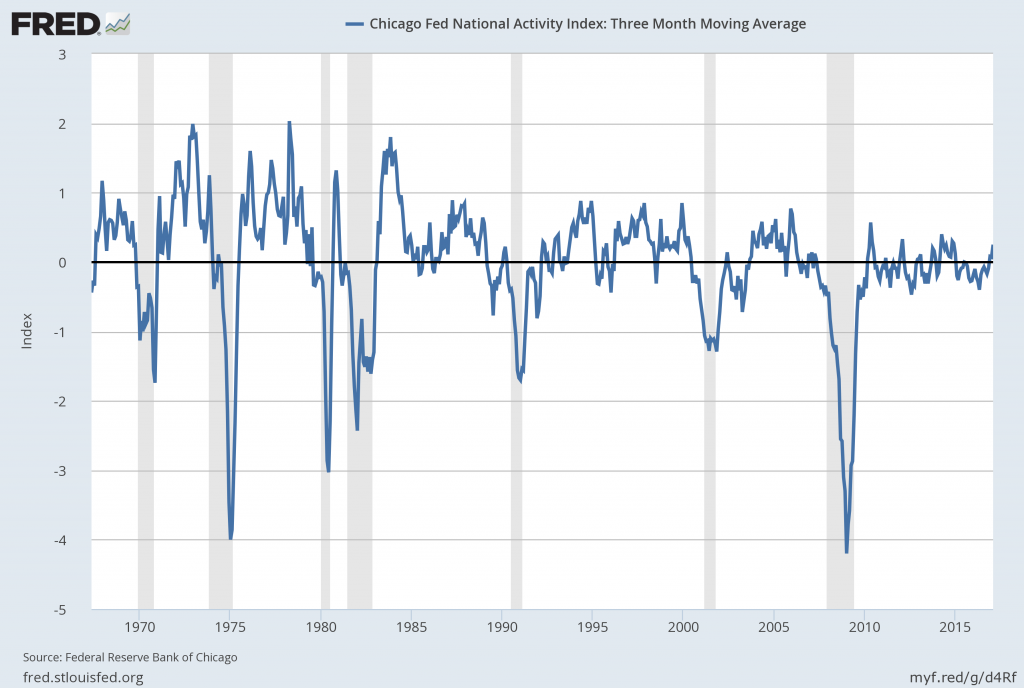 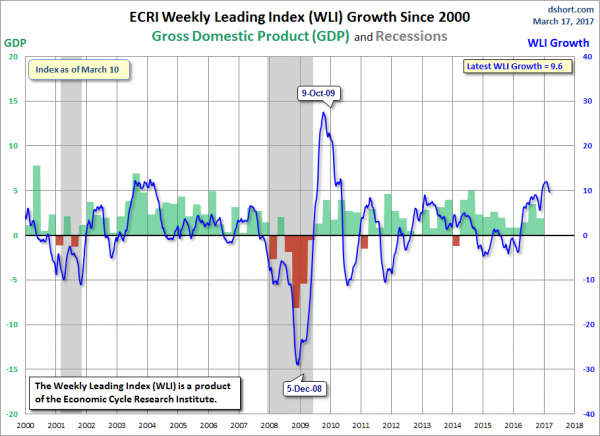 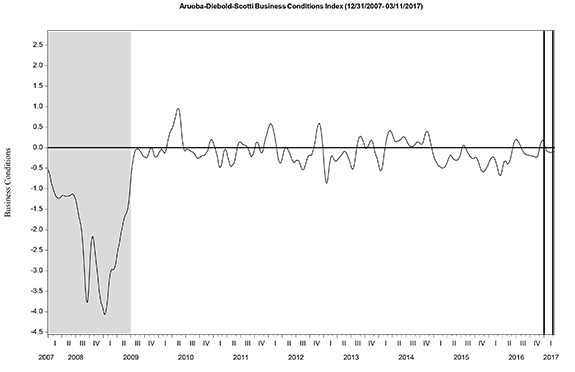 “After six consecutive monthly gains, the U.S. LEI is at its highest level in over a decade. Widespread gains across a majority of the leading indicators points to an improving economic outlook for 2017, although GDP growth is likely to remain moderate,” said Ataman Ozyildirim, Director of Business Cycles and Growth Research at The Conference Board. “Only housing permits contributed negatively to the LEI in February, reversing gains over the previous two months.”

Here is a chart of the LEI from Doug Short’s Conference Board Leading Economic Index update of March 17, 2017: 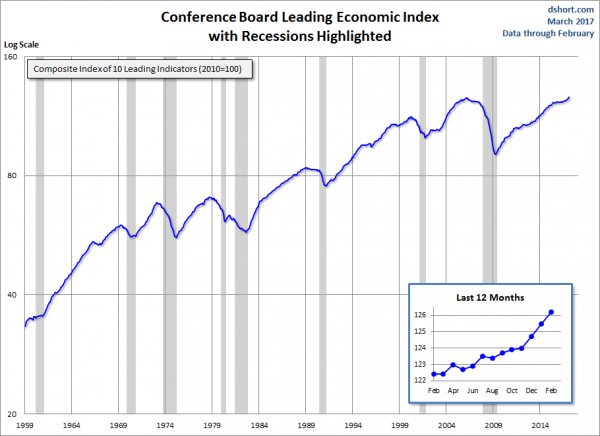