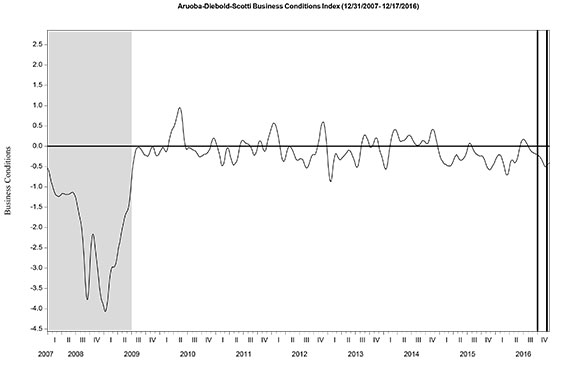 “The U.S. Leading Economic Index continued on an upward trend through 2016, although at a moderate pace of growth,” said Ataman Ozyildirim, Director of Business Cycles and Growth Research at The Conference Board. “The underlying trends in the LEI suggest that the economy will continue expanding into the first half of 2017, but it’s unlikely to considerably accelerate. Although the industrial and construction indicators held the U.S. LEI back in November, the weakness was offset by improvements in the interest rate spread, initial unemployment insurance claims, and stock prices.”