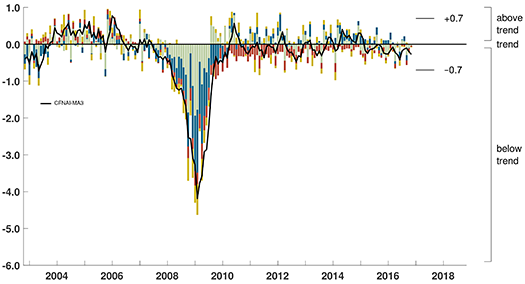 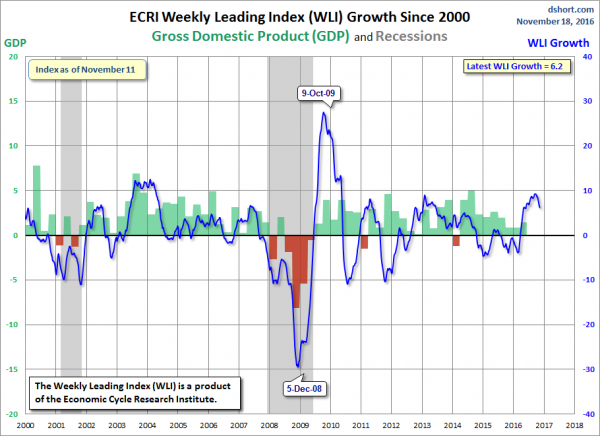 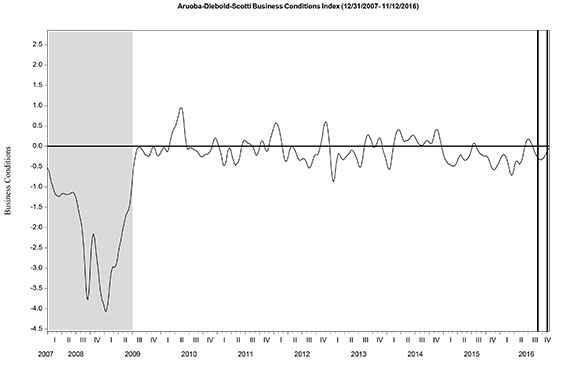 “The U.S. LEI increased in October for a second consecutive month. Although its six-month growth rate has moderated, the index still suggests that the economy will continue expanding into early 2017,” said Ataman Ozyildirim, Director of Business Cycles and Growth Research at The Conference Board. “The interest rate spread and average weekly hours were the main drivers of October’s improvement, helping to offset some of the weaknesses in claims for unemployment insurance and new orders.”

Here is a chart of the LEI from Doug Short’s Conference Board Leading Economic Index update of November 18: 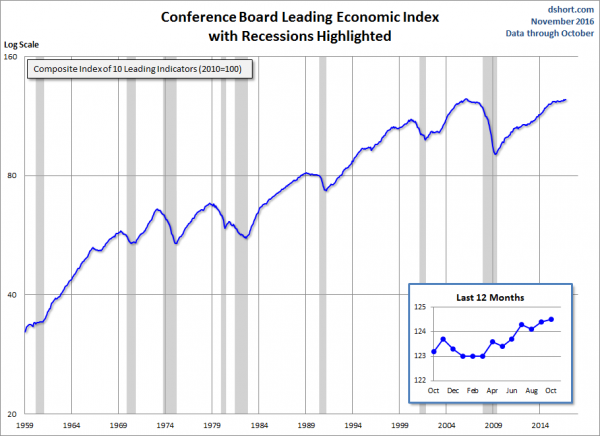