The modest improvement in Americans’ economic confidence first evident after the Democratic National Convention continued for a second consecutive month. Gallup’s U.S. Economic Confidence Index averaged -10 for the month of September, in line with August’s average of -11 and five points higher than the index’s 12-month low in July.

In September, an equal percentage of Americans (28%) rated current economic conditions as “excellent” or “good” and “poor.” Overall, the monthly average of the current conditions component stood at 0. While this score is essentially unchanged from the August value (-2), it is only one point below its January 2015 post-recession high of +1.

The economic outlook component stayed put in September, averaging -19. The September outlook score reflected 38% of Americans saying the economy was “getting better,” and 57% saying it was “getting worse.” 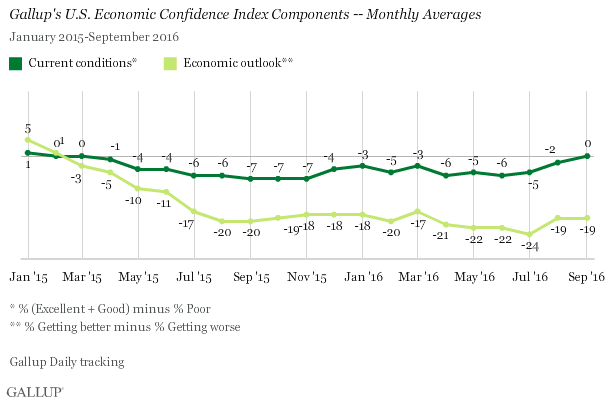 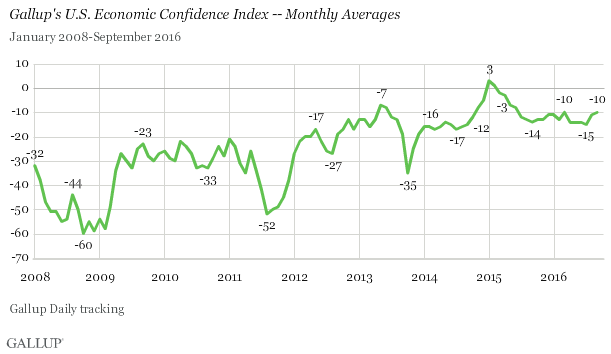