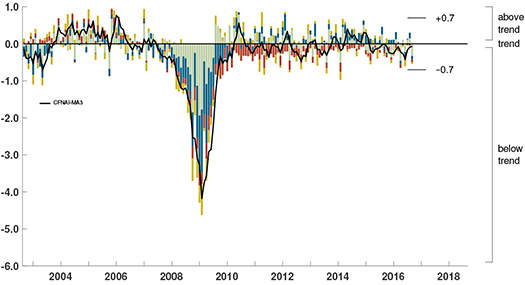 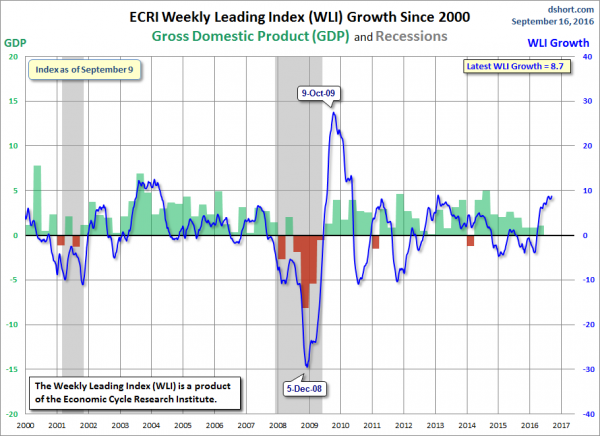 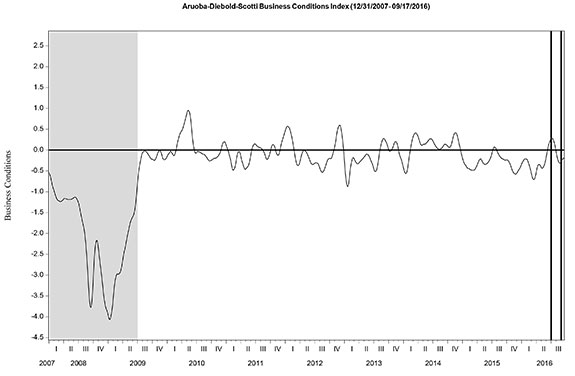 An excerpt from the September 22 release:

“While the U.S. LEI declined in August, its trend still points to moderate economic growth in the months ahead,” said Ataman Ozyildirim, Director of Business Cycles and Growth Research at The Conference Board. “Although strengths and weaknesses among the leading indicators are roughly balanced, positive contributions from the financial indicators were more than offset by weakening of nonfinancial indicators, such as leading indicators of labor markets, suggesting some risks to growth persist.”

Here is a chart of the LEI from Doug Short’s Conference Board Leading Economic Index update of September 22: 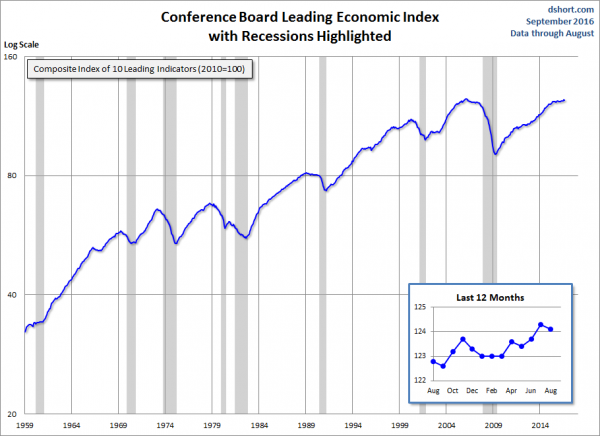