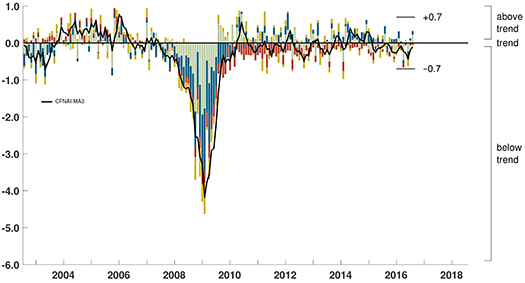 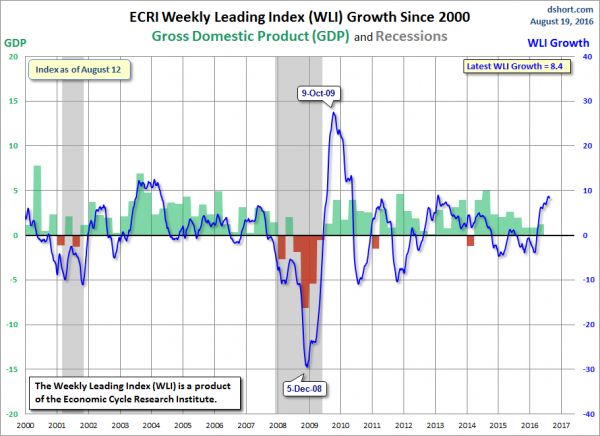 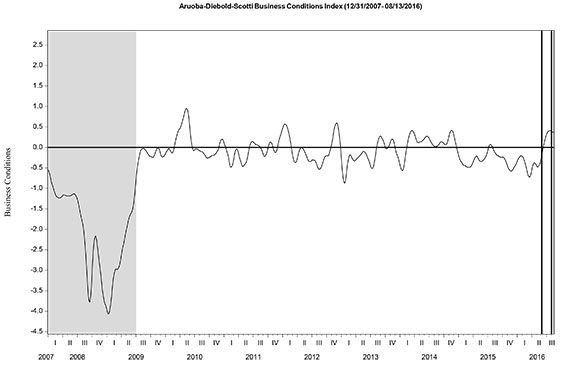 An excerpt from the August 18 release:

“The U.S. LEI picked up again in July, suggesting moderate economic growth should continue through the end of 2016,” said Ataman Ozyildirim, Director of Business Cycles and Growth Research at The Conference Board. “There may even be some moderate upside growth potential if recent improvements in manufacturing and construction are sustained, and average consumer expectations don’t deteriorate further.”

Here is a chart of the LEI from Doug Short’s Conference Board Leading Economic Index update of August 18: