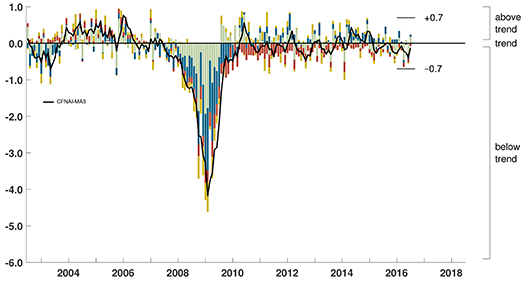 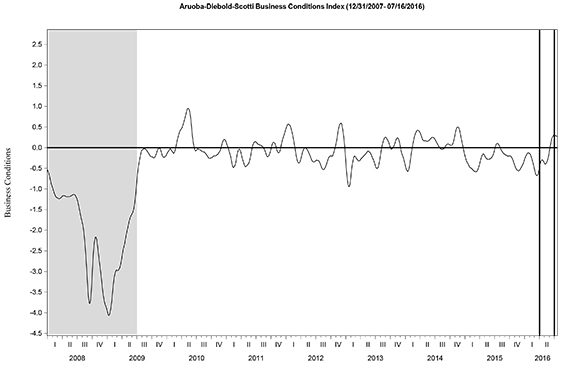 An excerpt from the July 21 release:

“The U.S. LEI picked up in June, reversing its May decline,” said Ataman Ozyildirim, Director of Business Cycles and Growth Research at The Conference Board. “Improvements in initial claims for unemployment insurance, building permits, and financial indicators were the primary drivers. While the LEI continues to point to moderating economic growth in the U.S. through the end of 2016, the expansion still appears resilient enough to weather volatility in financial markets and a moderating outlook in labor markets.”

Here is a chart of the LEI from Doug Short’s blog post of July 21 titled “Conference Board Leading Economic Index ‘Picked Up in June’“: