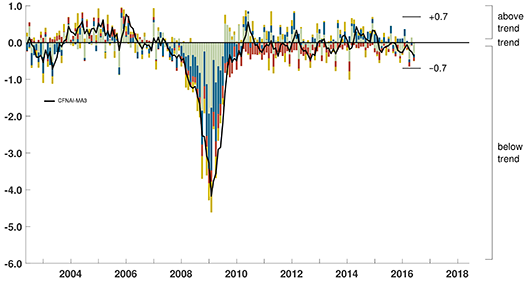 A chart of the WLI,Gr., from Doug Short’s post of June 17, 2016, titled “ECRI Weekly Leading Index:  WLI Down Slightly, But Growth Index Increases”: 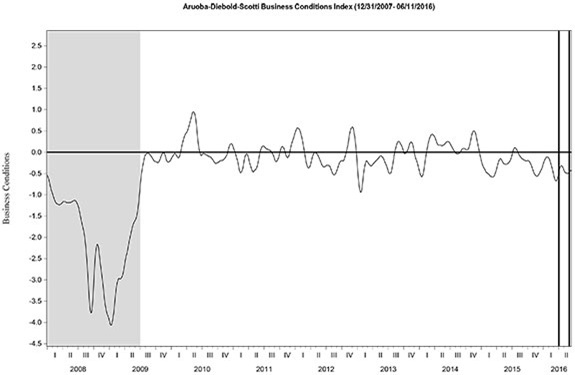 An excerpt from the June 23 release:

“The US LEI declined in May, primarily due to a sharp increase in initial claims for unemployment insurance. The growth rate of the LEI has moderated over the past year,” said Ataman Ozyildirim, Director of Business Cycles and Growth Research at The Conference Board. “While the LEI suggests the economy will continue growing at a moderate pace in the near term, volatility in financial markets and a moderating outlook in labor markets could pose downside risks to growth.”

Here is a chart of the LEI from Doug Short’s blog post of June 23 titled “Conference Board Leading Economic Index: Decrease in May“: