Currently (last updated May 3, 2016 using data through April) this “Yield Curve” model shows a 6.28% probability of a recession in the United States twelve months ahead.  For comparison purposes, it showed a 6.14% probability through March, and a chart going back to 1960 is seen at the “Probability Of U.S. Recession Predicted by Treasury Spread.” (pdf)

This model, last updated on May 2, 2016, currently shows a 1.78% probability using data through February. 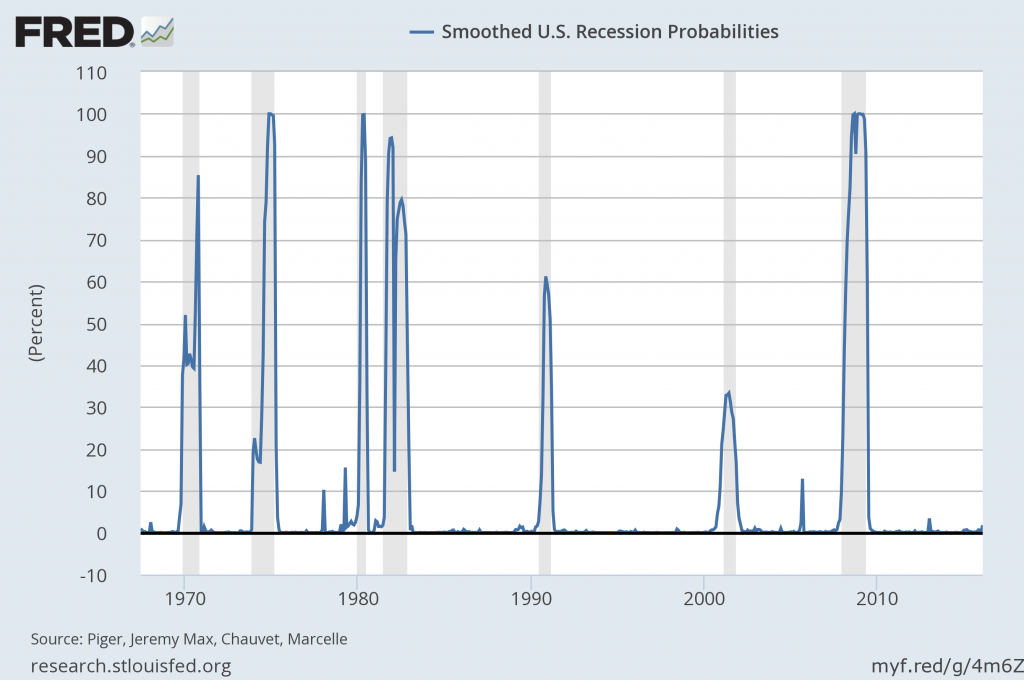 The two models featured above can be compared against measures seen in recent blog posts.  For instance, as seen in the April 7 post titled “The April 2016 Wall Street Journal Economic Forecast Survey“ economists surveyed averaged a 19.03% probability of a U.S. recession within the next 12 months.