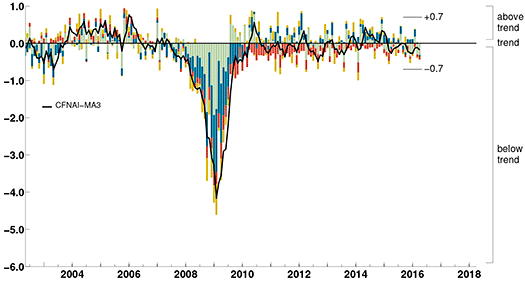 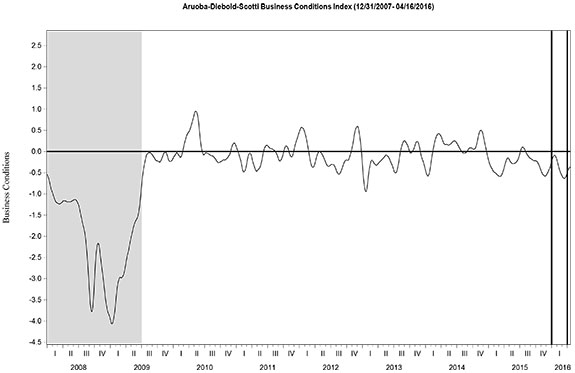 An excerpt from the April 21 release:

With the March gain, the U.S. LEI’s six-month growth rate improved slightly but still points to slow, although not slowing, growth in the coming quarters,” said Ataman Ozyildirim, Director of Business Cycles and Growth Research at The Conference Board. “Rebounding stock prices were offset by a decline in housing permits, but nonetheless there were widespread gains among the leading indicators. Financial conditions, as well as expected improvements in manufacturing, should support a modest growth environment in 2016.”

Here is a chart of the LEI from Doug Short’s blog post of April 17 titled “Conference Board Leading Economic Index: Increase in March“: