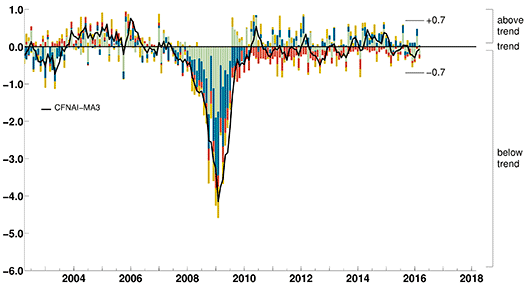 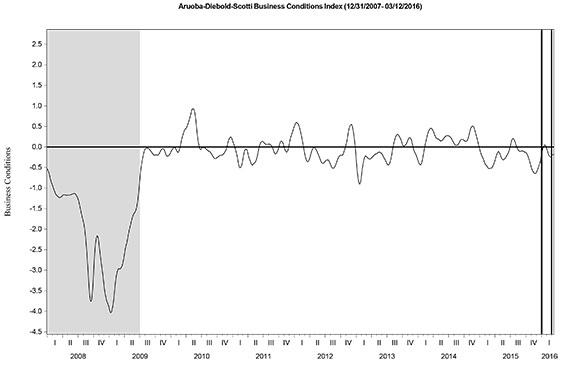 An excerpt from the March 17 release:

“The U.S. LEI increased slightly in February, after back-to-back monthly declines, but housing permits, stock prices, consumer expectations, and new orders remain sources of weakness,” said Ataman Ozyildirim, Director of Business Cycles and Growth Research at The Conference Board. “Although the LEI’s six-month growth rate has moderated considerably in recent months, the outlook remains positive with little chance of a downturn in the near-term.”

Here is a chart of the LEI from Doug Short’s blog post of March 17 titled “Conference Board Leading Economic Index: Slight Increase in February“: