For reference purposes, below are three charts that display growth in payroll employment. 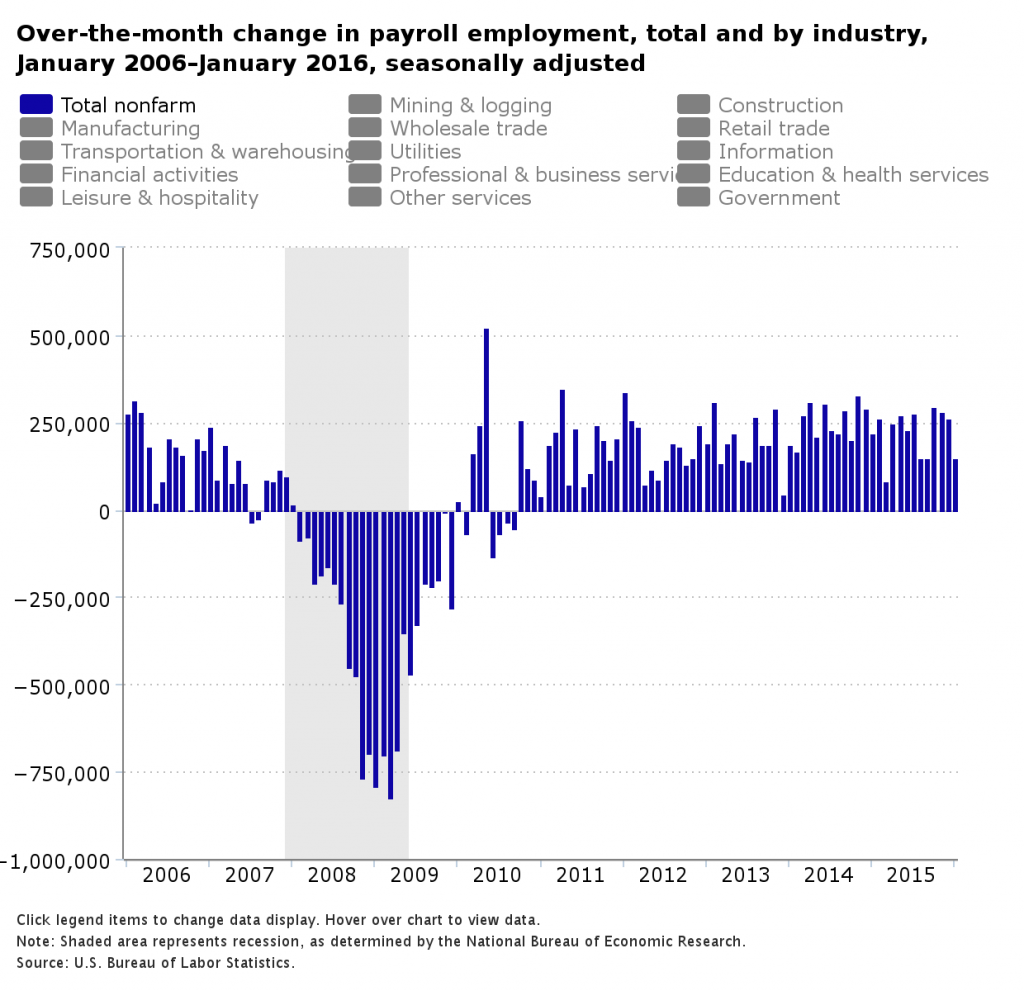 The second chart shows the month-over-month change in total nonfarm payrolls in the 1990’s: (reports of January 1990-December 1999) 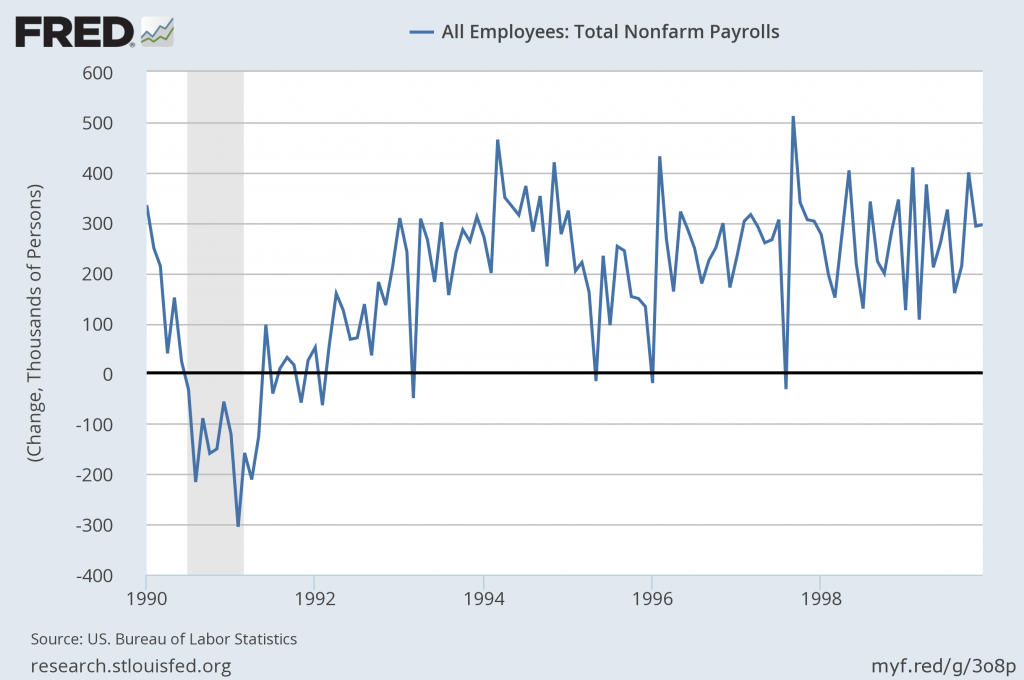 The third chart shows a long-term chart of the same month-over-month change in total nonfarm payrolls (reports of January 1939 to the present report of January 2016): 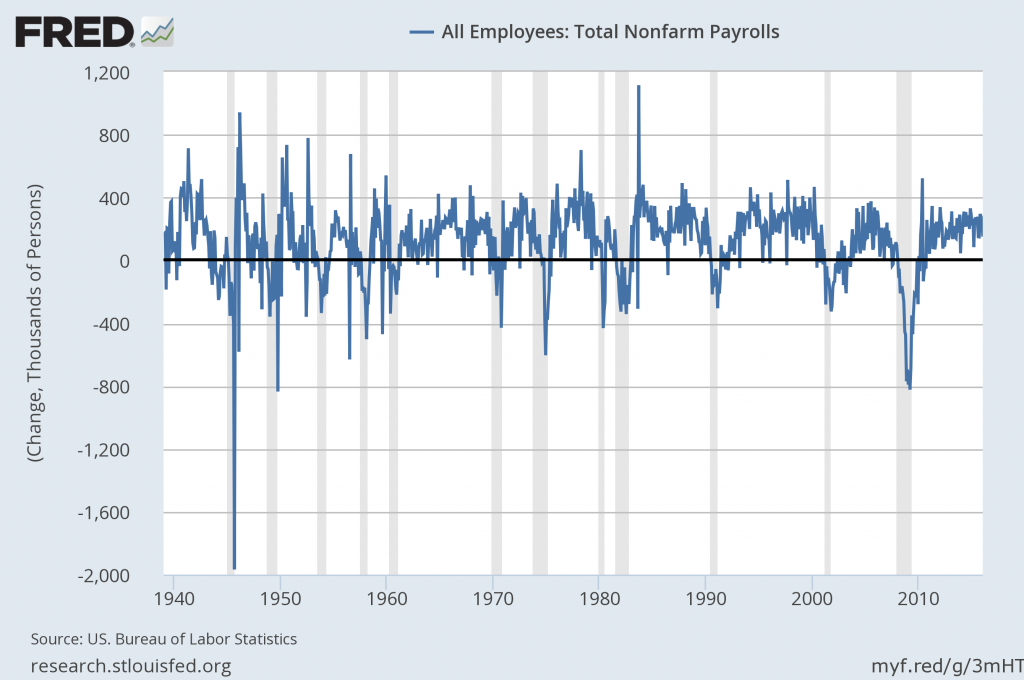 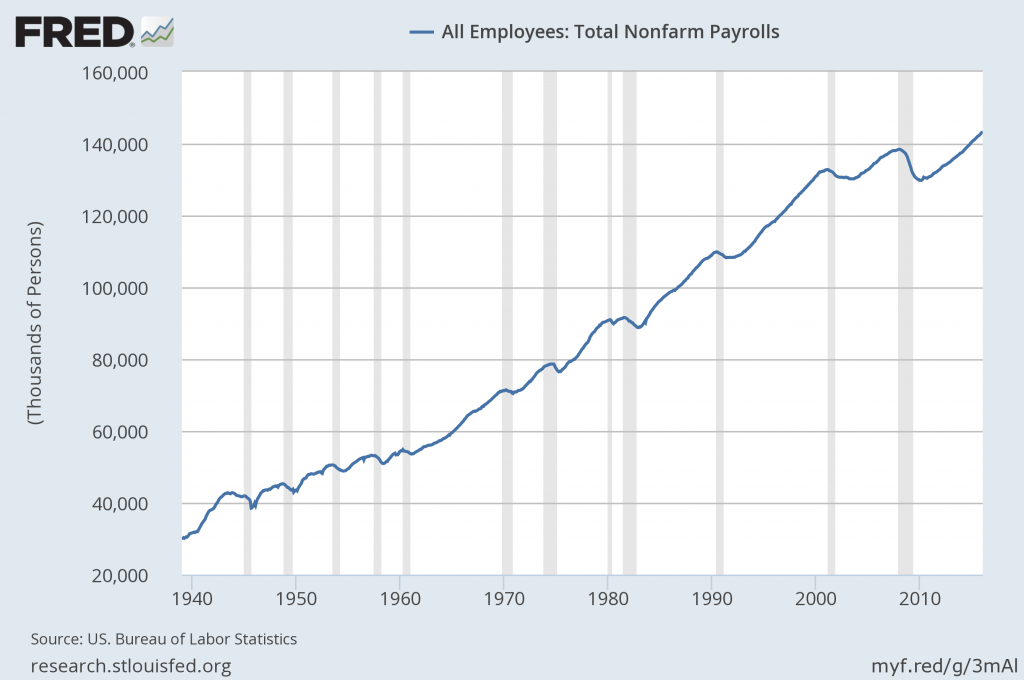