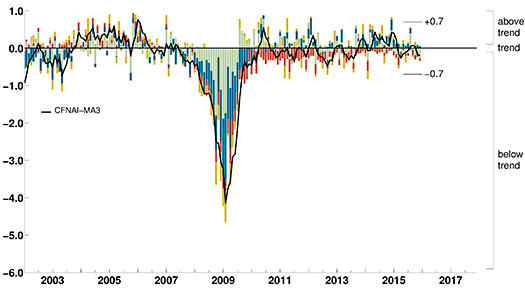 A chart of the WLI,Gr., from Doug Short’s post of December 18, 2015, titled “ECRI Weekly Leading Index: ‘Another Fractional Decrease from Previous Week’“: 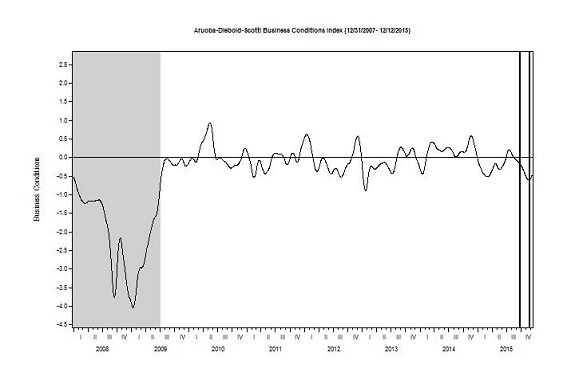 An excerpt from the December 17 release:

“The U.S. LEI registered another increase in November, with building permits, the interest rate spread, and stock prices driving the improvement,” said Ataman Ozyildirim, Director of Business Cycles and Growth Research at The Conference Board. “Although the six-month growth rate of the LEI has moderated, the economic outlook for the final quarter of the year and into the new year remains positive.”

Here is a chart of the LEI from Doug Short’s blog post of December 17 titled “Conference Board Leading Economic Index: Slight Increase in November“: